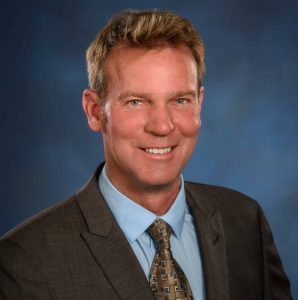 A GOP state Senator from a key swing county is officially considering a run for Governor in 2022.

State Sen. Dan Laughlin (R-Erie) announced on Friday morning that he has launched an exploratory committee for the statewide office.

Laughlin, a self-described center-right conservative, believes the GOP can win back the governor’s office in 2022 with the appropriate message and name-checked a few former Republican governors in PA as proof.

“If Republicans are to restore commonsense conservatism to the governor’s office, they need a candidate capable of reaching across party lines with an agenda focused on practical solutions and fiscal sanity,” Laughlin said in a press release announcing the exploratory committee.

“Leaders like Bill Scranton and Dick Thornburgh showed us that Pennsylvanians are less concerned about strident ideology than about policies that work for people,” Laughlin said. “My conservatism guides me, but I’m less interested in fighting the culture wars than fixing the roads and building an economy for our children.”

Sources told PoliticsPA in March that Laughlin was considering a bid for the office.

He was elected in 2016 to represent the 49th state Senate District by defeating incumbent Democratic state Sen. Sean Wiley by just under 7 points. In 2020, Laughlin was one of the Democrats’ top targets, but secured a second term by besting Democratic challenger Julie Slomski by nearly 20 points. Joe Biden bested Donald Trump in the district that Laughlin won.

This year, Laughlin has made headlines by advocating for raising the state’s minimum wage to $10 an hour and becoming the first Republican to sponsor a bill to legalize the adult recreational use of marijuana in Pennsylvania.

Despite needing to win a crowded primary to secure the nomination, Laughlin stressed the importance of having a message, he believes, that would resonate best with general election voters in the commonwealth.

“From my standpoint, winning the primary is secondary,” Laughlin said in an interview with PoliticsPA at the Pennsylvania Leadership Conference. “I know that sounds a little backwards, but what is the point in winning the primary if you can’t win a statewide election?”

“So, what I’ve done in the last 4 and a half years in the Senate is trying to promote things that the average American and average Pennsylvanian is concerned with and that plays well in the general election,” Laughlin continued. “That’s the only election that I’m really worried about.”

Laughlin added to PoliticsPA that he thinks the most important issues on voters minds in 2022, like other previous elections, will be “jobs, the economy, good schools, and safe neighborhoods.” He told PoliticsPA that December 31 will be the cutoff date of when he would make a decision to enter the race or not, although he said he expects “to announce sooner than that,” if his exploratory committee “gets the traction” that they are looking for.