Leach “Taking a Step Back” From His Congressional Campaign 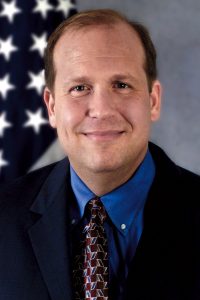 State Senator Daylin Leach (D-Montgomery) is “taking a step back” from his Congressional campaign amid allegations he touched staffers inappropriately and crossed the line with sexual talk.

“Today, I am taking a step back from the congressional campaign to focus on my family and work with Senate leaders to address these allegations and fully cooperate as they are all vetted,” Leach said in a statement.

It is not immediately clear if Leach is suspending or ending his campaign.

“I will continue to do all that I can to advance progressive causes in the Senate and represent my constituents with honor,” Leach continued.

Leach defended himself in the announcement, saying he has  “always been a gregarious person, it’s heartbreaking to me that I have put someone in a position that made them feel uncomfortable or disrespected.”