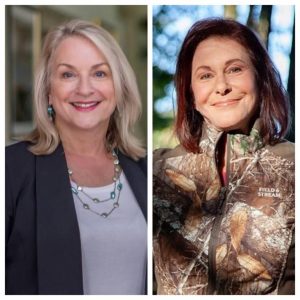 Rep. Susan Wild (D-Lehigh) holds a several point advantage over GOP challenger Lisa Scheller in the race for the 7th Congressional District, according to this latest poll.

According to a new LehighValleyLive/Franklin & Marshall College poll of likely voters in the 7th District, Wild leads Scheller by just over 7 points, 43.6%-to-36.4%.

While Wild leads the race, nearly 20% of respondents said they were still unsure who they are going to vote for in the congressional race.

This is the third public poll released in October for the 7th Congressional District. All three polls have shown Wild leading Scheller, although poll shows a closer race than the other two.