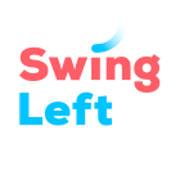 Democrats made significant progress in the Pennsylvania state House and Senate in the 2018 midterms elections, but a liberal group is hoping to help them flip both chambers in 2020.

Swing Left, a national grassroots organization aimed at helping Democrats, has selected Pennsylvania as one of their 12 “super states” in the 2020 election. The group’s specific goals include flipping the GOP controlled state legislature prior to the next round of redistricting.

“The states and the districts that we’ve chosen are states and races that we think we can win, but we need to focus on early fundraising and early volunteer capacity building to make sure that happens,” Alex Pilla, Communications Manager for Swing Left, said in an interview with PoliticsPA. “So Democrats can win these races, but they need investments from groups like Swing Left to make sure we get over the finish line.”

Swing Left merged with fellow progressive group Flippable in early 2019. It says it will have volunteers across the state knocking on doors in the targeted districts and raise money to ensure that the Democratic candidates are properly funded. According to The Daily Beast, Swing Left and Flippable raised “some $13 million in 2018 in addition to having a community of more than a million of those volunteers and donors.”

The Pennsylvania House Republican Campaign Committee pointed to the three special election victories in GOP held seats last week as proof that they are on the right path to maintaining their majority beyond 2020.

“A little over a week ago Pennsylvania Democrats and outside groups spent over a million dollars in two special elections in their failed attempts to flip the seats,” a spokesperson for the HRCC said to PoliticsPA. “Democrats can make all the lists they want but that won’t change the fact that strong candidates, hard work and good policy are what win State House races.”

To help the Democratic Party get over the hump, Swing Left has targeted a total 16 state House districts, 13 of them GOP held, and 5 state Senate districts, with four of them in Republican control.

Three Dem incumbents the group wants to protect state Reps. Steven Malagari in the 53rd District, Gerald Mullery in the 119th District, and Wendy Ullman in the 143rd District.

State Sen. Camera Bartolotta (R-Washington), who is the chair of the SRCC this cycle, said that they are focused on protecting the four seats targeted from the “greedy hands of George Soros funded operations” and that they are also aiming to flip the seats held by Iovino and Jim Brewster (D-Allegheny).

“We do not need the progressive far left to come in, take what’s left of our economy and drive the last nail in the coffin,” Bartolotta said in a statement to PoliticsPA. “Now more than ever, we need moderate republicans for the future of the Commonwealth to continue leading the country in medical research, energy, technology, and ingenuity.”

Ryan Quinn, Political Director of Swing Left, told PoliticsPA in an interview that the group is looking at U.S. House Districts in the state for 2020 and are in the process of finalizing its plans that could include districts overlapping with those state House and Senate targets.

“What we are seeing is that there are congressional races that are overlapping with those state House and state Senate races, that are kind of our priority in the state,” Quinn said. “So when we talk about how we can have the most impact, within one election and one district, that includes those overlapping U.S. House Districts as well.”

On the group’s Pennsylvania plans page, they have three specific sections for “What’s At Stake” in the upcoming election in the state which are Gerrymandering, Criminal Justice Reform, and Healthcare. The group is also hoping to play a role in defeating President Donald Trump in the state as well.

This story was updated with a comment from state Sen. Camera Bartolotta (R-Washington), chair of the Pennsylvania SRCC this cycle.