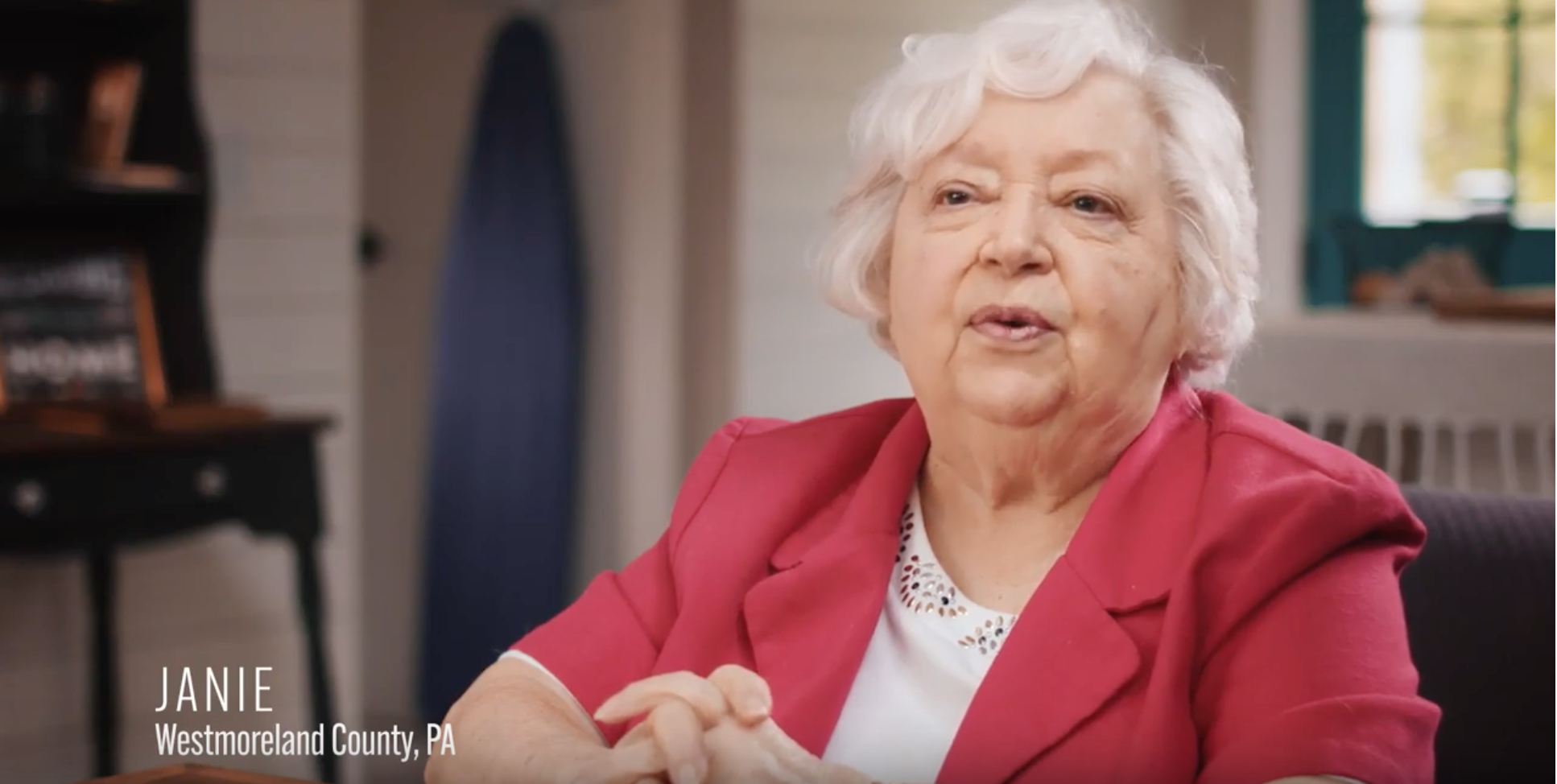 For one liberal super PAC, messaging for the general election starts now.

American Bridge, which describes itself as “the largest research, video tracking, and rapid response organization in Democratic politics,” rolled out its first general election television ads on Wednesday after announcing its support for former Vice President Joe Biden’s campaign.

Both television ads feature an 81 year old woman named Janie from Westmoreland County, who said that she voted for Donald Trump in 2016, but will not support his reelection bid in November.

Janie doesn’t mention Biden by name in either the 60 second or 30 second ad, but specifically says she won’t vote for Trump in the upcoming election and criticizes the president over healthcare in both ads.

“In 2016, I voted for Donald Trump, he wasn’t as advertised,” Janie says in the 30 second ad. “One of the things that bothers me is about the prescription drug things.”

“About 6 years ago, I had a stroke and the blood thinner is $619 I have to pay out of pocket,” she continue to say in the ad.“I don’t think Donald Trump has a better plan for healthcare because I don’t think he has a plan at all,”

“Pennsylvania deserves better,” she says at the conclusion of that ad.

The 60 second spot includes more information about Janie’s background and adds that she believes if Trump wins a second term that “we’re in big trouble.”

According to a spokesperson for American Bridge, these ads, a part of a $2.2 million ad buy in the state, will “likely run for three weeks before swapping out for new creative” ads, which would be similar to their last ad that ran for four weeks. These current television ads are broadcasted in the Erie, Harrisburg, Johnstown-Altoona, Pittsburgh, Scranton-Wilkes Barre markets, while their digital advertising will be geared towards a statewide audience of “likely Trump defectors.”

The Republican National Committee responded to the ad buy and the PAC’s pledged support for Biden’s campaign by criticizing the former Vice President’s previous votes on trade deals.

“Joe Biden voted to ship hundreds of thousands of jobs out of the country, while President Trump is fighting for fairer trade deals that protect Pennsylvania workers,” said RNC Spokesperson Michael Joyce. “The choice couldn’t be more clear.”

While this is officially American Bridge’s first “general election television ads,” the group has aired other ads aimed at courting voters in the state who supported Trump in 2016, but may be on the fence now. During President Donald Trump’s Fox News town hall in Scranton, the PAC aired a television ad on the station of a man from Wayne County who said he voted for Trump in 2016, but decided he would not vote for him again in 2020.

American Bridge announced last year that it was launching a $50 million effort in four specific states for the 2020 election that included Pennsylvania.

A spokesperson for American Bridge told PoliticsPA in September 2019 that the Pennsylvania effort started out with focusing on the three counties that voted for President Obama then flipped to Trump in 2016, but has expanded into including a total of 22 counties in the state that voted for Trump in the previous election, although the group is likely to add more.

The Hill reported in September that Trump’s approval rating in rural areas of Pennsylvania is 60% according to a Change Research survey released in early September by two Democratic groups.

In addition to American Bridge announcing their support for Biden last week after his primary victories in various states on Tuesday, Priorities USA, a key Democratic super PAC that has planned a large investment in Pennsylvania for the upcoming election, also announced that Biden will be the nominee.