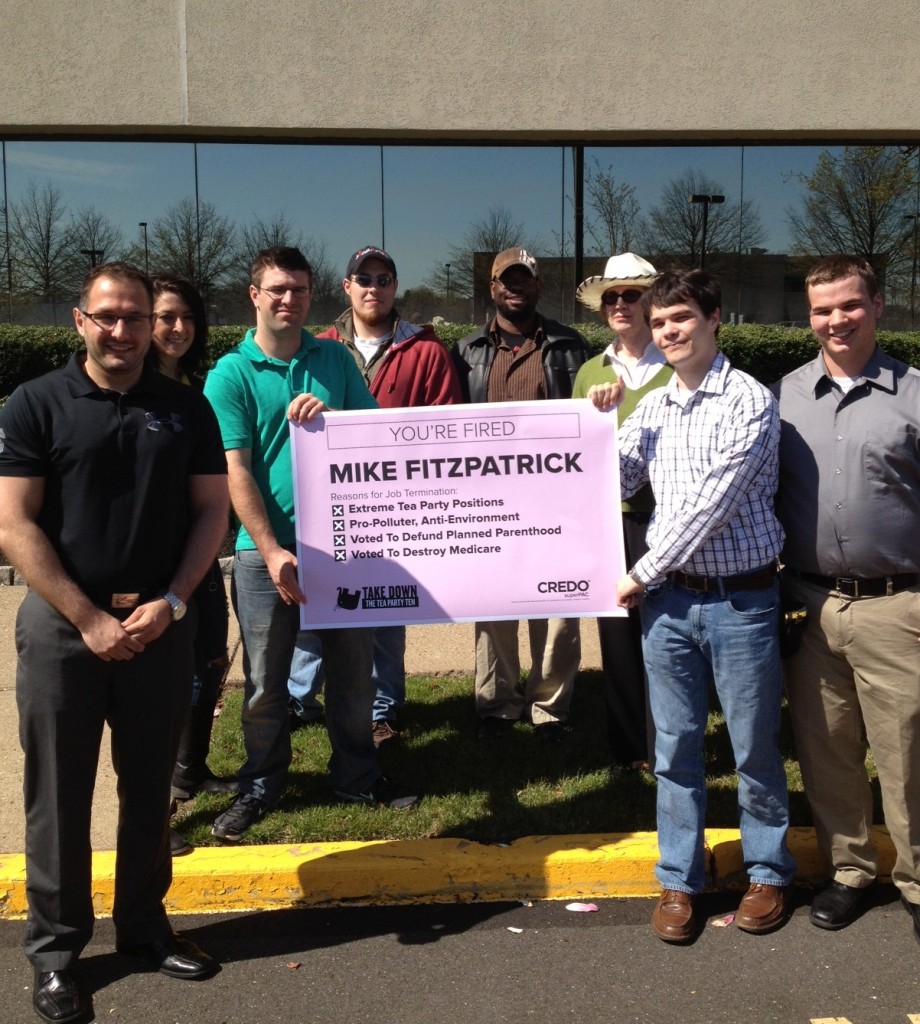 Rep. Mike Fitzpatrick is getting some new neighbors. A super PAC affiliated with Credo Mobile, based in San Francisco, will spend $3 million to defeat members of Congress – including Fitzpatrick – that they’ve dubbed “the Tea Party Ten.” They plan to open an office and hire four staffers to work against him.

“Rep. Mike Fitzpatrick is being targeted by CREDO members because he is a national embarrassment and his radical Tea Party values are not Pennsylvanian values,” said a press release from the group. “Rep. Fitzpatrick not only chose to attend a fundraiser instead of his swearing in at the U.S. Capitol on his first day in office, but since then he also voted to defund Planned Parenthood, redefine rape, and destroy Medicare as we know it with his vote for Paul Ryan’s radical budget.”

The 8th district Director for the PAC is Michael Eagle, formerly of CeaseFirePA.

“CREDO SuperPAC will be opening up an office in the coming weeks in Fitzpatrick’s district and hiring four full time staffers dedicated to defeating Fitzpatrick in the 2012 Election. The campaign will engage local activists and volunteers to power up a progressive field campaign focused solely on retiring Rep. Fitzpatrick,” he said.

The opening salvo came this week, when the group delivered a giant pink slip to Fitzpatrick’s district office.

Fitzpatrick is the top target for Democrats seeking to take back Pa. congressional seats; his district in suburban Philadelphia will see boosted turnout because of the presidential campaign.

The Democratic Congressional Campaign Committee is heavily involved in the effort, and his opponent, attorney Kathy Boockvar, has a direct line to some of the big money groups from Pa. to DC. Indeed, in December, PoliticsPA rated him the most vulnerable of any incumbent in PA.

However, Fitzpatrick will be tough to beat. He ended 2011 with nearly $700,000 on hand, and redistricting made his district slightly more conservative. Furthermore, he has term-limited himself and wouldn’t seek re-election in 2016.

The outcome of the race will depend significantly on the buy-in from outside groups. CREDO’s decision to jump in is another sign that the outside interest will be high.