Love Him or Leave Him. Mastriano’s Got The Lead 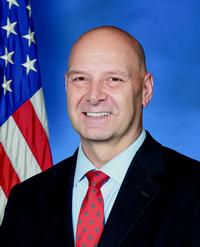 He may be the most polarizing figure in Pennsylvania politics today

Whether you love him or not, state senator Doug Mastriano (R-Franklin) sits atop the polls measuring the chase for the Republican nomination for governor of the Commonwealth. And that’s where our story begins.

Mastriano grew up in a military family and attended Eastern (Pa.) University. After graduating in 1986, he joined the military and, while stationed on the border of West Germany and Czechoslovakia, came to see the Cold War as a spiritual campaign.

While deployed in Iraq in 1991, he felt that he was part of a religious conflict against radical Islam. And after winning a battle against long odds, Mastriano told The New Yorker, “I believe I was saved by God, who answered the prayers of Pennsylvanians.”

His disregard for Islam remains. In recent years, he has spread Islamophobic memes online. In one, he spread a conspiracy theory that Ilhan Omar (D-Minn.) directed fellow Muslims to throw a five-year-old child over a balcony. Another shared a graphic that read “Islam wants to kill gay rights, Judaism, Christianity and pacifism.” Mastriano also fanned the flames that the fire at Notre-Dame Cathedral in Paris was started by Muslims.

He settled into a teaching position at the U.S. Army War College in Carlisle before deciding to run for office in 2019. He won the 33rd District state senate seat that year, representing Franklin and York Counties.

His strong religious beliefs found him attending events with the New Apostolic Reformation, a Christian movement that seeks to take dominion over politics, business and culture in preparation for the end times and Jesus’ return.

His speeches during the campaign typically include a reference to John 8:36 – “If the Son therefore shall make you free, ye shall be free indeed,” is the King James Bible Version translation. This is Mastriano’s explanation for his motto, “Walk as Free People.”

He rails against Gov. Tom Wolf and his actions over COVID-19 pandemic rules, as well as his belief that the 2020 presidential election was stolen from former president Donald Trump. Mastriano helped organize transportation to the January 6, 2021, rally at the Capitol and was photographed at the event. He denies entering the Capitol that day.

Today, Doug Mastriano is six days away from capturing the GOP nomination for governor for the Commonwealth of Pennsylvania. Recent polls show him with a 10-12 point lead over Lou Barletta, Bill McSwain and Dave White. His MAGA roots are solid and his supporters are loyal. Will that be enough to carry him across the finish line?

No, say many in Republican circles.

“Everyone is coming to the realization we should have come to two months ago,” a source close to one of the campaigns told the Philadelphia Inquirer. That realization – the GOP needs a single alternative to Mastriano – not six, seven or eight.

“There’s so much that concerns me about this,” Sam DeMarco, chair of the Allegheny County Republican Party told POLITICO, stressing that he was not speaking for the group. “We’re in a year where all evidence points to a red tsunami. And it appears here in Pennsylvania, because of the number of people in the race and his smaller but consistent base of support, we may be nominating the only Republican who would be unelectable in November.”

Bring him on, says presumptive Democratic opponent Josh Shapiro. The PA attorney general has even run a TV ad that appears to indicate Shapiro’s desire to face Mastriano in November.

It reminds one of 2016, when the Hillary Clinton campaign wanted to elevate Trump, Ted Cruz and Ben Carson to be “leaders of the pack” so she would not have to run against Jeb Bush. Soon, Trump skeptics faded away as it became apparent that he would be the GOP nominee. You know the rest of the story.

“I was in denial for a very long time,” said former DNC chair Howard Dean to POLITICO. “I tell people I was wrong for 52 weeks in a row starting in June (2015).”

Each of the last four polls have shown Mastriano with over 20% support. But will that be enough come May 17?