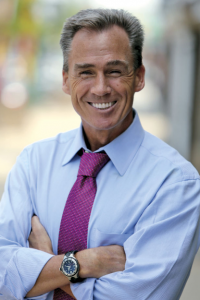 In the madness of finishing up the state budget, Lt. Gov. Mike Stack attempted to sneak in a personal perk, which isn’t uncommon for legislators or lobbyists who want funding, but for Mike Stack it was for flashy lights.

According to Angela Couloumbis of the Inquirer, Stack’s office told legislators the Lieutenant Governor wanted law enforcement officers who escort him and other “dignitaries” to have more say in when they can use the car’s flashing lights when going to events.

Stack already receives protection from State Police and has a state police driver with a state-issued SUV equipped with police radio, sirens and flashing lights.

Under the new legislation, “law officers performing witness or dignitary protection services” would have been exempt from following sections of state law that already lay out protocols for drivers of emergency vehicles.

One of those existing sections state that “warning systems…may only be used during an emergency, or in in the interest of public safety.” Unauthorized use of a “warning system” or flashing lights is a fine of up to $1,000.

Stack’s legislation would have replaced those sections for law enforcement providing protective services for “international, national and state dignitaries and candidates…attending events in the Commonwealth of Pennsylvania including, but not limited to, national political conventions.”

The legislation ended up being in the budget’s final drafts but was eventually cut by Wolf’s office.

In a statement on Thursday, Stack spokesperson Gary Tuma, state that it was a “bipartisan interest” that has been going on for years “in having those who drive dignitaries and who drive in the witness protection services program be afforded the same protection as emergency responders.”

In addition to the fact that the Democratic National Convention in Philadelphia rapidly approaching Tuma wrote, “the timing seemed right to have language on the books to clarify the law.”

Tuma claimed the language of the legislation was drafted by a Republican but declined to say who and neither Democrats nor Republicans are publicly claiming ownership.

The Lieutenant Governor seems to have an appeal for car perks.

Stack came in some controversy back in 2013, when in a review of legislators’ expenses, caught Stack charging taxpayers $600 for car washes over just two years.