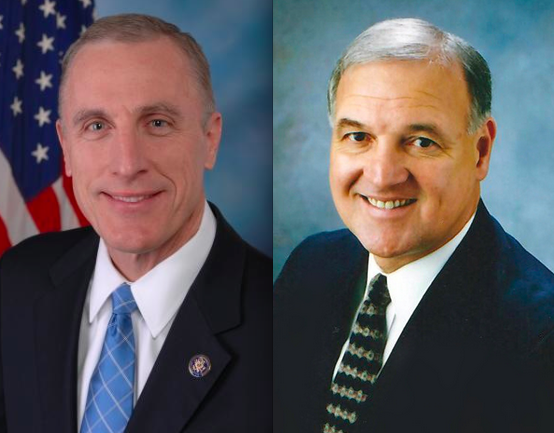 Democrat Larry Maggi’s campaign showed they’re putting their money where their mouth is this morning when they announced the reservation of  $495,000 in Pittsburgh air-time this fall. He’s facing five term incumbent Rep. Tim Murphy (R-Allegheny) in PA-18.

Maggi, a Washington County Commissioner, showed he’s prepared to take on the battle-tested Murphy last week when the campaign announced that he had $407,000 in cash on hand after the second quarter – more on hand than any of Murphy’s past challengers.

His campaign noted that prior to Maggi, the largest ad buy launched by a Democrat against Murphy occurred in 2010 when Democrat Dan Connolly spent $83,000 on television airtime.

Reserving airtime is different than buying it; no money has yet changed hands, Maggi’s camp will simply have first dibs on available ad space. That’s no small potatoes; the rise of super PACs means that commercial time will be in top demand in the height of the campaign season after Labor Day.

Murphy’s press secretary Tyler Foote said in an email that even a large number of ads by Maggi’s campaign can’t overcome the failed policy of President Obama and the Democrats.

“No amount of money could convince voters that the failed Obama-Pelosi-Maggi liberal agenda of bailouts, stimulus spending, Cap and Trade, EPA shutdown of coal, and double digit unemployment is good for Southwestern Pennsylvania,” Foote said.

Keith Rothfus, who is challenging Rep. Mark Critz (D-Cambria) and is a top GOP candidate nationally, has reserved a combined $429,000 in Pittsburgh and Johnstown markets in the race for PA-12.

In a press release announcing the launch of his campaign in Westmoreland County, Maggi said his experience as Washington County Commissioner showed voters his willingness to fight for the middle class.

“Congress is not looking out of the middle-class.  We know that we cannot sustain economic growth unless we get our spending under control—but we cannot cut vital investments like Medicare and Social Security,” Maggi said.

“Let’s create jobs by holding the line on taxes and spending like I have.”

Republican Consultant Christopher Nicholas noted via Twitter that Maggi’s fall ad reservation would be enough to reach the average voter with around three distinct messages in Washington County.

Although Murphy hasn’t announced a fall ad campaign yet, it’s likely that one is forthcoming. Last week, his campaign announced having more than $1 million on hand.