WashCo Commish Maggi Gets in Vs. Murphy 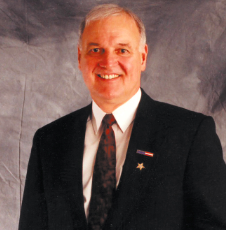 “I’m running for Congress because southwestern Pennsylvanians deserve a representative who will put the people of the 18th District ahead of partisan politics,” said Maggi in a statement.  “For too long, too many politicians have put their political careers ahead of the interests of their constituents.”

Maggi is a veteran of the U.S. Marine Corps and 24-year Pa. State Trooper. He was elected as the Sheriff of Washington County in 1998, and re-elected four years later, serving until 2003 when he won election to his current position as Washington County Commissioner.

With petitions set to begin circulating Tuesday, the time for potential candidates to be coy is over. PoliticsPA has announcements from candidates in the 2nd, 4th and 17th congressional districts this morning as well.

Maggi is a solid Democratic recruit who represents a good chunk of the district. However, despite the district becoming marginally more Democratic during redistricting, Murphy has historically fared very well. No Democrat has ever come within 15 points of him – though Maggi is certainly among the top tier of Dems who have tried.

The real reason it’s important that Democrats want a good recruit is Evan Feinberg, Murphy’s primary challenger. Feinberg – if he can rally national support and money from conservative groups – raises the prospect of a tough primary. On the off chance that Murphy loses his primary, Democrats want to be in place with a legitimate challenger.

The bad news for Maggi? He can expect fundraising to be slow until after the primary.

The district includes the southern half of Allegheny County, southern half of Westmoreland County, and most of Greene and Washington counties (minus their Democratic areas along the Monongahela River).

Update: Here’s the response from the Murphy campaign:

“The voters of the 18th district do not want a rubber stamp in Congress for the Obama/Pelosi agenda of more stimulus spending, more job crushing regulations to shut down coal and natural gas, and more Obamacare,” said campaign manager James Genovese. “We welcome a discussion on why the failed liberal agenda of more government and higher taxes is wrong for the families of Southwestern Pennsylvania.”

“Given Tim Murphy’s record of consistently putting his own job ahead of the jobs of his constituents, I’m surprised there aren’t more challengers.  This news means there’s now two liberals running against one conservative to represent a conservative district.”

Buffalo Township, PA: Washington County Commissioner Larry Maggi announced today that he is running for Congress in Pennsylvania’s 18th Congressional District.  Maggi has dedicated his career to serving his country and community, and now looks to continue that service in Congress.  Under Maggi’s leadership, Washington County was 3rd in the nation in job creation in 2010.

“I’m running for Congress because southwestern Pennsylvanians deserve a representative who will put the people of the 18th District ahead of partisan politics,” said Maggi.  “For too long, too many politicians have put their political careers ahead of the interests of their constituents.  As a father and a veteran I have spent my career finding practical solutions to real world problems, and I intend on bringing that approach with me to Washington.”

Larry graduated from California University of Pennsylvania with a Bachelor of Science Degree in Education and served in the United States Marine Corps. Larry was a State Trooper for 24 years with the Pennsylvania State Police Force. He was elected as the Sheriff of Washington County in 1998, and re-elected four years later, serving until 2003 when he won election to his current position as Washington County Commissioner.  As Washington County’s Commissioner, Maggi has focused on creating jobs, protecting our environment, increasing services for veterans and improving the effectiveness and efficiency of county government.

“The people of Pennsylvania cannot afford more of the same partisan politics in Washington D.C. It is some politicians’ agenda to end Medicare as we know it, cut benefits to veterans, gut our education system, and deny tax breaks for the middle class,” said Maggi. “Pennsylvanians are fed up with what is going on in Washington D.C.”

Maggi has dedicated his career to serving southwestern Pennsylvanians and is a lifelong resident of Washington County. He currently lives in Buffalo Township with his wife, Mary Jeanne. They have four children: Bronwyn, Michele, Charlene and Paul, and two grandchildren, Ava and Ryan.