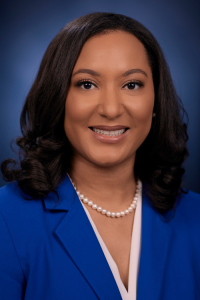 Despite the growing unrest over vote-by-mail balloting in Harrisburg, the option still appears to be popular among Pennsylvania voters.

Acting Secretary of the Commonwealth Leigh Chapman said Thursday that more than 849,000 voters had applied for a vote-by-mail ballot for the May 17 primary. That number includes 649,481 Democrats, 196,430 Republicans and 6,391 other party registrants.

Vote-by-mail (VBM) was instituted in the Commonwealth through Act 77 in 2019 and was first utilized during the 2020 presidential primary. Republican lawmakers have now united in opposition against it, noting concerns in election integrity among some Pennsylvania voters.

The Commonwealth Court struck down Act 77 earlier this year, saying it requires a change in the state constitution. The state Supreme Court stayed that ruling and VBM remains in effect while it is on appeal.

The latest Franklin & Marshall College poll which was conducted from April 20 through May 1 revealed that 52 percent of the 792 respondents said they were dissatisfied with the way elections are conducted in the state – more than double that in August 2020.

That number has risen in part to claims by supporters of former president Donald Trump that the 2020 election was fraudulent.

According to the Pew Research center, 82% of Biden supporters are very confident their own vote was counted accurately, just 35% of Trump supporters say the same.

Since mail-in ballots were first made available by historic bipartisan legislation, more than 4.7 million of these ballots have been cast by Pennsylvania voters, according to the Department of State.