Mango No Longer with McKinsey & Company 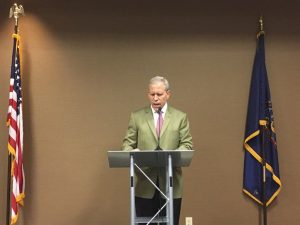 PoliticsPA has learned that Gubernatorial Candidate Paul Mango of Allegheny County is no longer with McKinsey & Company.  This move could signal he is closer to an official announcement of a run for Governor.

Mango left the firm earlier this year.  He joined McKinsey in 1988, after serving as a Captain in the U.S. Army and a paratrooper in the 82nd Airborne Division from 1981 to 1986.

PoliticsPA called McKinsey looking for Mango, and was informed he was not with the company anymore. A url formerly linked to Mango’s company bio now pulls up a page not found result.

McKinsey was contracted by Governor Tom Wolf to devise a cost-saving strategy for the state budget.

Mango announced last week he intends to run for Governor in 2018.

PoliticsPA has reached out to Mango’s campaign for comment.