The hotly contested Democratic primary election for Pennsylvania’s 13th congressional district was one of most noteworthy congressional primaries in the country. The contentious campaign featured four well-funded candidates, including three with significant political experience.

However, State Representative Brendan Boyle’s decisive win on election night left many observers wondering whether or not the primary was ever legitimately competitive. Boyle received 40.61% of the vote, finishing well in front of former Congresswoman Marjorie Margolies (27.41%), State Senator Daylin Leach (16.60%), and Dr. Valerie Arkoosh (15.38%).

PoliticsPA took an in-depth look at the PA-13 Democratic primary election results to understand the dynamics behind Boyle’s strong victory.

Whereas Margolies (Wynnewood), Leach (Wayne), and Arkoosh (Wyndmoor) all hailed from Montgomery County, Boyle was Philadelphia’s only candidate, and the results reflected this split. 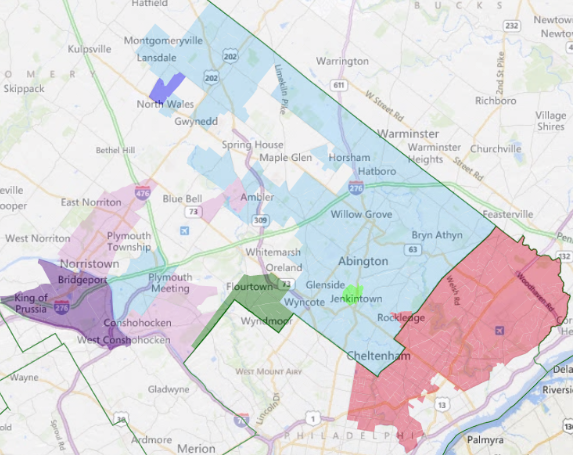 As expected, candidates showed strength in their respective home bases. Boyle decisively won Northeast Philadelphia and the Borough of Rockledge in Montgomery County (the only portion of Montgomery County located in his State House district).

Finally, Margolies, who lives outside of the district in Lower Merion Township, won the portions of Montgomery County not located in any other candidate’s home region. Margolies’ strength countywide was likely due to her having represented most of the current PA-13 for a single term in the 1990s.

Above all else, the 2014 Democratic primary election results in PA-13 should serve as a lesson that party unity and political geography matter as much as any other factor in a heated primary contest – and possibly more.

Unfortunately for the Montgomery County Democratic Party, what allowed for a Philadelphia Democrat to win the seat was that three Montgomery County candidates ran and split the county’s votes. Even if Arkoosh had not run and Margolies would have somehow won all of her votes, their combined vote total still falls 1,988 votes behind Boyle’s.

It is likely that Montgomery County Democrats would have had to unite behind a single candidate in order to defeat a Philadelphia candidate. However, unlike in Philadelphia where State Rep. Mark Cohen dropped his bid and supported Boyle, all three MontCo candidates stayed in the race until the end. This almost certainly doomed any of the Montgomery County candidates’ chances from the very start of the race.