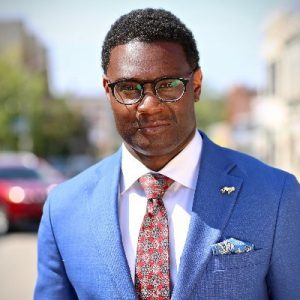 An Independent candidate in Pittsburgh’s Mayoral race has ended his campaign.

Marlin Woods, founder and CEO of Benefits PLUS Consulting, announced on Saturday that he was withdrawing from the race for Pittsburgh Mayor.

“I am so proud of my campaign and the thousands of supporters we have on our team from all  90 neighborhoods in Pittsburgh,” Woods issued in a statement on Saturday. “In my quest to provide a “choice” for voters in the General Election for Mayor, we filed well in excess of the required number of petition signatures necessary to appear on the ballot. Although that was the case, regrettably our petitions were challenged by a few Democratic voters on August 9th, 2021.”

“The law requires my campaign to present each person we consider a fixable challenge at a hearing this Monday, August 16th, 2021,” Woods wrote in a statement announcing the end of his candidacy. “Unfortunately, this requirement is logistically impossible to achieve in such a short period of time. As such, I have no other option than to withdraw from this year’s race.”

While Woods announced he will not be running for Mayor in 2021, he told the Post-Gazette that “we’ll be looking at other opportunities, other elections coming up in the future.”

There are three candidates still in the race for Mayor of Pittsburgh.