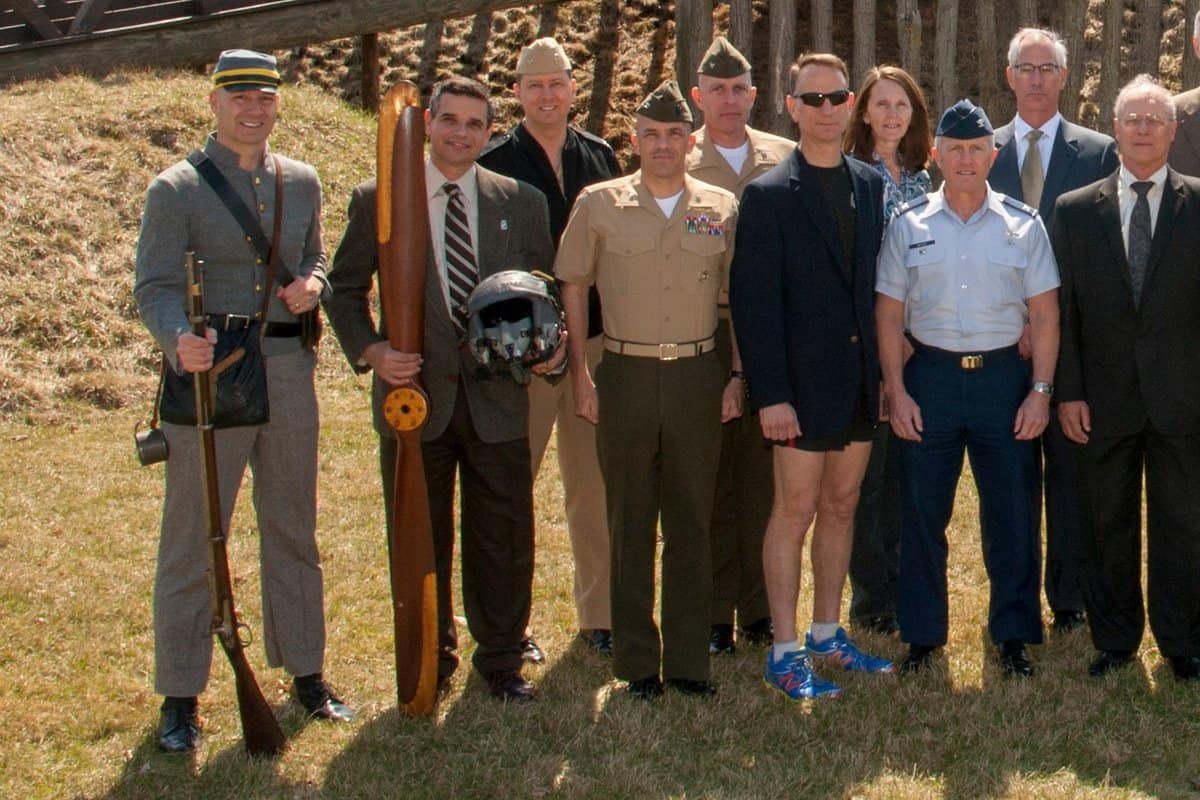 Republican gubernatorial candidate Doug Mastriano was pictured in a Confederate uniform in a faculty photo from his time at the Army War College in Carlisle in 2014.

The photo features 21 faculty members from the War College in a portrait for the Department of Military Strategy, Plans, and Operations.

According to the Reuters News Service, “faculty at the time had been given the option of dressing as a historical figure, people familiar with the photo said. At least 15 of the 21 faculty in the photo opted to appear in regular attire. Although one man wears a trench coat and sunglasses and another carries an aviator’s helmet, Mastriano is the only one wearing a Confederate uniform.”

“Flags are powerful symbols, particularly in the military community for whom flags embody common mission, common histories, and the special, timeless bond of warriors,” wrote Defense Secretary Mark Esper in a memo, adding, “The flags we fly must accord with the military imperatives of good order and discipline, treating all our people with dignity and respect, and rejecting divisive symbols.”

Further, the memo adds, “the public display or depiction of unauthorized flags in museum exhibits, state-issued license plates, grave sites, memorial markers, monuments, educational displays, historical displays, or works of art, where the nature of the display or depiction cannot reasonably be viewed as endorsement of the flag by the Department of Defense, is not prohibited.”

After Reuters made its formal request for the photo, it was removed from the War College wall where it had hung alongside other annual portraits of faculty groups.

The Army War College told Reuters a team had reviewed all art, text, and other images displayed at Carlisle Barracks in 2020, but missed the faculty photo.

Pennsylvania fought for the Union during the Civil War and the pivotal battle of the War took place at Gettysburg in 1863.

Jenna Ellis, a senior adviser to Mastriano’s campaign and former Trump lawyer, said the media was having a “melt down” because Mastriano once posed as a civil war historical figure for a photo.

“And? He has a Ph.D in HISTORY,” Ellis wrote on Twitter. “The left wants to erase history. @dougmastriano wants us to learn from it. I invite @Reuters to go on a Gettysburg tour with Doug. You’ll learn a lot!”

Mastriano did not immediately respond to requests for comment made by email and phone.