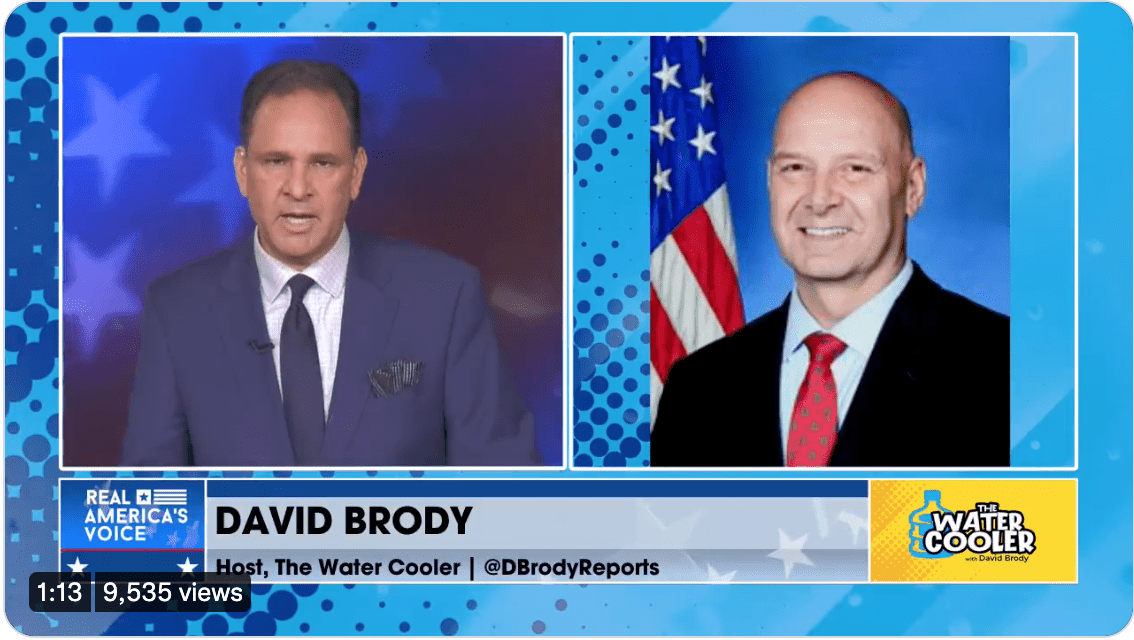 Earlier Monday, speaking to “The Water Cooler” host David Brody on Real America’s Voice, the state senator from Franklin County stated that his Democratic opponent Josh Shapiro “has a real grudge against the Catholic Church.”

“Josh Shapiro has demonstrated over the past several years that he stands for tyranny,” Mastriano said. “He stands for masking your kids, he sued the Little Sisters of the Poor, he has a real grudge against the Catholic Church, as a matter of fact. He sued to keep business shut down and so the only way we can stop him is with a Republican governor of Pennsylvania and there is a lot I can do to rein in this abuse of power.”

The Washington Post has called Mastriano’s claim worthy of three Pinocchios out of four.

“The Little Sisters have been a sympathetic and potent face of opposition to the ACA contraceptive mandate. But by the time Shapiro filed his lawsuit against the expanded exemptions ordered by the Trump administration, the group had basically secured what it desired and was not subject to the mandate. Nevertheless, it sued to intervene, fearing that any rollback of the Trump rules would result in losing its exemption — even though Shapiro said that was not his intention.

The fact remains: The nuns sued to join a case that was aimed at the federal government; Shapiro did not sue the nuns. Mastriano is falsely claiming otherwise.”

In 2018, an investigation initiated by Shapiro, Pennsylvania’s Attorney General, found that bishops and other leaders of the Roman Catholic Church in the state covered up child sexual abuse by more than 300 priests over a period of 70 years, persuading victims not to report the abuse and law enforcement not to investigate it.

“They protected their institution at all costs,” said Shapiro. “As the grand jury found, the church showed a complete disdain for victims.”

He also said that the cover-up by senior church officials “stretched in some cases all the way up to the Vatican.

Catholics make up about one-quarter of Pennsylvania’s population and traditionally lean toward Democrats, so the attack line could be intended to undermine Shapiro’s standing among Catholics.

“Doug Mastriano is known to spend his time rejecting reality and peddling dangerous lies – and this is just the latest example in his track record of doing so,” said Shapiro campaign spokesperson Manuel Bonder. “Pennsylvania needs a Governor who can focus on solving problems and making people’s lives better — not one who constantly puts conspiracy theories before facts.”

Mastriano, who has not spoken to traditional media outlets such as newspapers and local TV stations, admitted that he “doesn’t have a lot of support from the national Republican organization so it’s up to the people to help pull me across the line.”

He was referring to an article in Monday’s New York Times that stated “There’s no sign of cavalry coming to his aid, either: The Republican Governors Association, which is helping the party’s nominees in Arizona, Michigan and six other states, has no current plans to assist Mr. Mastriano, according to people with knowledge of its deliberations.”

According to POLITICO, “Mastriano hasn’t aired a single television commercial during the general election. Meanwhile, according to the ad-tracking firm AdImpact, Shapiro has spent or booked nearly $26 million on TV ads, much of it labeling Mastriano as beyond the pale.”

AdImpact tweeted that with 47 days until election day, Shapiro and the PAC – Put PA First – had combined to allocate $36 million in TV time, while Mastriano had only booked $7.8 million, funded by the Commonwealth Leaders Fund.