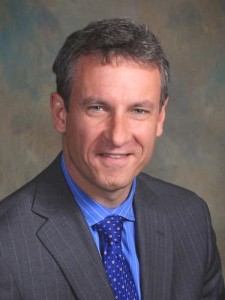 With close to 97 percent of precincts reporting, Cartwright led Holden, 57.1 percent to 42.9 percent.

Following redistricting, 80 percent of the PA-17 constituents were new to Holden. Also, Cartwright stayed clear of the mud thanks to outside groups. He didn’t need to go negative; others did it for him while he remained above the fray.

From statewide redistricting and Holden’s “Blue Dog” label, concerns surrounding a debate and out-of-state funding, there were a variety of derisive issues throughout the PA-17 race. Negative PAC ads directed at Holden, however, were arguably the biggest reason for Cartwright’s victory.

Yet, the notion that outside support was not the sole reason for a Cartwright victory seems to have already escaped several PACs that became involved in the PA-17 campaign.

In a Tuesday night press release, The Campaign for Primary Accountability (C4PA) painted Holden as a friend of Washington lobbyists and a beneficiary of insider-money before touting their own organization’s efforts.

“The Campaign for Primary Accountability acted as the equalizer, so voters were able to learn the facts about Holden and make an informed decision,” wrote spokesman Curtis Ellis. “The Campaign for Primary Accountability is committed to rebuilding the foundation of American representative democracy by fostering fair competitive primary elections in so-called “safe” one-party districts.”

Another PAC —The League of Conservation Voters— even called their press release “LCV Independent Expenditure Campaign Crucial to Holden Defeat.” They also issues an ominous threat within their release.

“Tim Holden is the first candidate this cycle to lose because he is out of the mainstream on global warming and clean energy, but he won’t be the last,” the release said.

The politically progressive organization MoveOn.org took some credit for the Holden defeat as well.

“Matt Cartwright was overwhelmingly endorsed by MoveOn members for his track record of fighting for the middle class and his commitment to making sure the 1% pay their fair share,” the release said.

Holden was one of 15 remaining Blue Dog Democrats left in Congress after the 2010 election season.