May 31: Let The Recount Begin 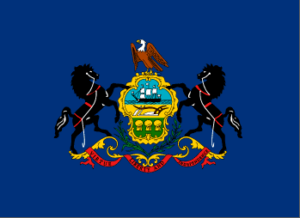 Hope you enjoyed your holiday weekend. Let’s finish May strong. Let the recount begin. Oz declares victory. McCormick’s day in court. Guns and the GOP. Electric bills on the rise. Here is the Playbook.

Perry Balks at January 6 Committee Subpoena: CNN is reporting that Rep. Scott Perry (R-York) has formally objected to being subpoenaed by the House Select Committee investigating the events surrounding January 6.

The GOP, Democrats and the Advertising of Guns: According to media tracking firm AdImpact, over 100 television ads used by GOP candidates or PACs nationwide have used guns as talking points.

‘’It’s a lie’: Aument calls out, but supports push for recount in 36th Senate district primary’: LNP | LancasterOnline reports that “a far-right group that has falsely claimed the 2020 election was fraudulent is calling for a recount in Republican state Sen. Ryan Aument’s landslide primary victory, alleging without evidence that the contest was illegitimate.”

‘Representative Dave Zimmerman faces backlash for support of right-wing candidate in primary’: LNP | LancasterOnline reports that “a rural Lancaster County lawmaker lost most of his committee assignments in the House, including one that focuses on agricultural and farming issues crucial to his district, after openly supporting a right-wing candidate who tried unsuccessfully to unseat Republican state Sen. Ryan Aument in the primary.”

‘High-profile GOP primary losses could make passing Pa.’s next budget painful’: Spotlight PA reports that “the primary defeat of one of Harrisburg’s top budget negotiators and the potential loss of another could embolden a contingent of conservative state House Republicans to derail the annual process.”

‘Pennsylvania lawmakers hear testimony on proposal to inform consumers on selling of their data’: The Allentown Morning Call reports that “a legislative committee on Wednesday held a public hearing about a bill that would require large companies and personal information aggregators to share more information with consumers about their data that is gathered, tracked and sold.”

‘Gift ban advocates look to circumvent GOP leadership, pressure lawmakers’: The Pennsylvania Capital-Star reports that “the executive director of MarchOnHarrisburg has walked thousands of miles in protest, staged demonstrations, and faced arrest for efforts to pressure lawmakers into passing a ban to prohibit legislators from accepting gifts from anyone looking to influence government policy.”

‘Gift ban, other good-government changes stall in Pa. despite promises from leadership’: Spotlight PA reports that “MarchOnHarrisburg, has been pushing lawmakers to enact a gift ban for six years.”

‘Exit Interviews Part 3: Jake Corman, The Leader’: City & State PA reports that “after more than two decades in the state Senate, Jake Corman is calling it a career – at least as far as his time in the Senate is concerned. Corman has been a fixture in the chamber since 1999, when he succeeded his father, J. Doyle Corman Jr., in representing the state’s 34th Senate District after his father retired the previous year.”

‘Exit Interviews: City & State talks to some of the state’s highest-profile politicians leaving office in 2022’: City & State PA reports that “Pennsylvania’s midterm election cycle will undoubtedly reshape the state’s political landscape once the dust settles from the Nov. 8 general election.”

‘Gov. Wolf sees ‘future of education’ at McDowell, calls for gun law changes’: The Erie Times-News reports that “the governor was at McDowell High School on Thursday to tour its student-run manufacturing company. He also advocated changes to end gun violence.”

‘Redistricting flipped the primary script for Republicans. Here’s how’: The Erie Times-News reports that “due to redistricting and intraparty strife, six Republicans have already lost re-election bids to the PA legislature. One more could follow.”

‘Green groups give mixed review of Pa. DEP head as he leaves agency’: StateImpactPA reports that “the head of the Department of Environmental Protection is drawing mixed reviews from environmental groups and industry as he plans his exit this summer.”

‘Influx of renewables has regional operator planning for future electric grid’: StateImpactPA reports that “the electric grid operator for the region that includes Pennsylvania is preparing for a shift in electricity generation.”

‘From defund to refund: Why Democrats are shifting their tone on policing two years after George Floyd’s murder’: The Philadelphia Inquirer reports that “from municipal government to the statewide midterm elections, an increasing number of Democrats are backing proposals to provide more resources to police.”

‘Marino advocates spending pandemic relief money to secure schools in wake of Texas shooting’: The Williamsport Sun-Gazette reports that “former U.S. Attorney Tom Marino says an urgent need exists to use the state’s COVID-19 relief funds to make public and parochial schools more secure in the wake of the 19 children and two teachers killed in a Texas school shooting on Tuesday.”