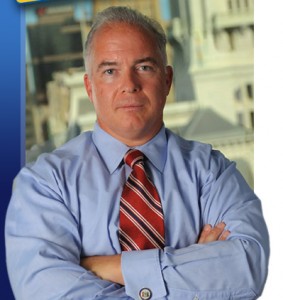 A long time coming, Daniel McCaffery has officially announced his candidacy for Attorney General. He indicated in an email in June that he was planning on launching his bid soon, and last night he pulled the trigger.

“I am running for Attorney General because I know what I’m doing. I have spent every day of the last twenty years in a courtroom; I’ve never backed down from a fight and never will,” McCaffery said in a statement.

He’s been on the trail unofficially for several months already, visiting with party leaders and grassroots activists across the state.

If the field stays set, it’s good news for Kane. McCaffery and Murphy share the same southeastern PA base.

On the Republican side, PA Sen. John Rafferty (R-Montgomery) is emerging as the front runner. Cumberland County District Attorney Dave Freed is also leaning toward a bid. Current AG Linda Kelly, who was appointed to complete Tom Corbett’s second term, has said she will not run for the office next year.

The GOP has held the office ever since it became an elected position in 1980.

If the Democrats want to win in 2012, according to McCaffery, they have to be mindful of qualifications and run candidates who are “competent and who can do a quality job.” McCaffery said his prosecutorial experience would give him the type of crossover appeal necessary for a Democrat to win.

Here is the full press release:

Montgomery County, Pennsylvania – Daniel McCaffery announced his candidacy last night for the Office of Attorney General of Pennsylvania. A former Assistant District Attorney and Army Cavalry veteran, McCaffery brings over twenty-years of court-room experience to this office along with the courage necessary to enact real reform in Pennsylvania.

“I am running for Attorney General because I know what I’m doing. I have spent every day of the last twenty years in a courtroom; I’ve never backed down from a fight and never will,” said McCaffery.

“Over the last five years, we’ve witnessed a financial meltdown as a result of fraud and greed by Wall street. Millions of families have lost their life savings. These are good hardworking men and women, Pennsylvania families, American families who have lost their life savings, retirements, pensions and their homes. No one is standing up for them.”

“As Attorney General, I will create the most aggressive law enforcement agency in the nation, hold these offenders accountable, and bring them to justice… This is about protecting Pennsylvanian Families from financial crimes and rooting out fraud against taxpayers, Political corruption is rampant and white collar crime goes unpunished,” said McCaffery.