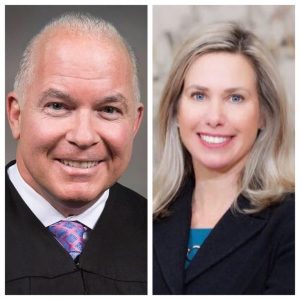 One week after voters cast their ballot, the winners of the Superior Court race appear to be solidified.

While McCaffery was the highest vote getter receiving 25.84% of the vote, King’s total, 25.41%, was within the half percent state mandated margin from Green-Hawkins’s 25.07%, according to unofficial results from the Department of State.

Despite being within the margin of a recount, Green-Hawkins conceded and said that a recount “will not change the outcome,” and said her plan moving forward is to “continue to fight for working families and talk with Pennsylvanians about the need for qualified, compassionate judges on our courts.”

One term on the state Superior Court is 10 years.

Although Green-Hawkins conceded, essentially notching the victory for King and McCaffery, the Associated Press hasn’t called the race.