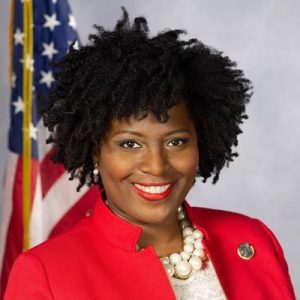 Democrats in the Pennsylvania state House have elected a new leader and made history in the process.

On Thursday, Rep. Joanna McClinton (D-Philadelphia) was elected to serve as the House Minority Leader for the upcoming session, replacing Leader Frank Dermody (D-Allegheny), who lost to Republican Carrie DelRosso in his reelection bid for the 33rd House District.

McClinton’s election is historic as she becomes the first Black woman to ever hold the position in the Pennsylvania state House.

Congratulations to @RepMcClinton for her election as Democratic leader in the PA House of Representatives!

She’s the first Black woman ever to hold the role, a historic achievement. pic.twitter.com/zgHJAxo1da

In addition to McClinton being elected as Minority Leader, Democrats made a few other changes for leadership for the upcoming term.

Two Democrats will remain in their current positions in the upcoming term. Minority Whip Jordan Harris (D-Philadelphia) and Minority Appropriations Chairman Matt Bradford (D-Montgomery) will continue serving in their roles in the upcoming session.