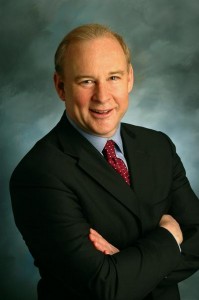 McCord hosted a conference call with leaders of the Keystone Research Center, a left-leaning think tank based in Harrisburg. Many of its donors and supporters are affiliated with labor unions that represent state employees.

McCord argued that shifting from the current defined benefit plan to a contribution plan similar to a 401(k) would result in the state experiencing significant cost increases in the future and that the Governor’s solution actually “makes a big problem worse.”

“This is an irresponsible approach to budgeting that makes the problem much worse down the road,” he said.

From the pension plan to Gov. Corbett’s proposal to privatize the management of the Pa. lottery, McCord has been a vocal critic especially in recent weeks. It’s little secret that McCord is planning to challenge Corbett in the 2014 Governor’s race.

McCord said that the plan is an example of “irresponsible leadership” on the part of the Governor. Dr. Stephen Herzenberg, executive director of the Keystone Research Center, called the plan a “one-two punch” to taxpayers.

While McCord did not offer a solution of his own, he did acknowledge that risk sharing should be a component of pension reform. McCord also suggested that the state should have floated a pension obligation bond a few years ago; the legislature, however, did not agree.

McCord equated the Governor’s proposal with “pouring gas on to the fire” because the pension shift would increase state liabilities years down the road according to the modelling done by the Keystone Research Center.

More information on the KRC’s objection to proposed pension changes can be found here.

Jay Pagni, a spokesman for the Governor’s Budget Office, said, the KRC report looked only at the short term effects of one part of the pension package.

“It is disingenuous to comment on only one portion of the Governor’s total pension proposal,” he said.

While the short term effect of the move to a defined contribution plan would increase the state’s pension costs, over the long term and taken with other reform measures it would lead to savings, he said.