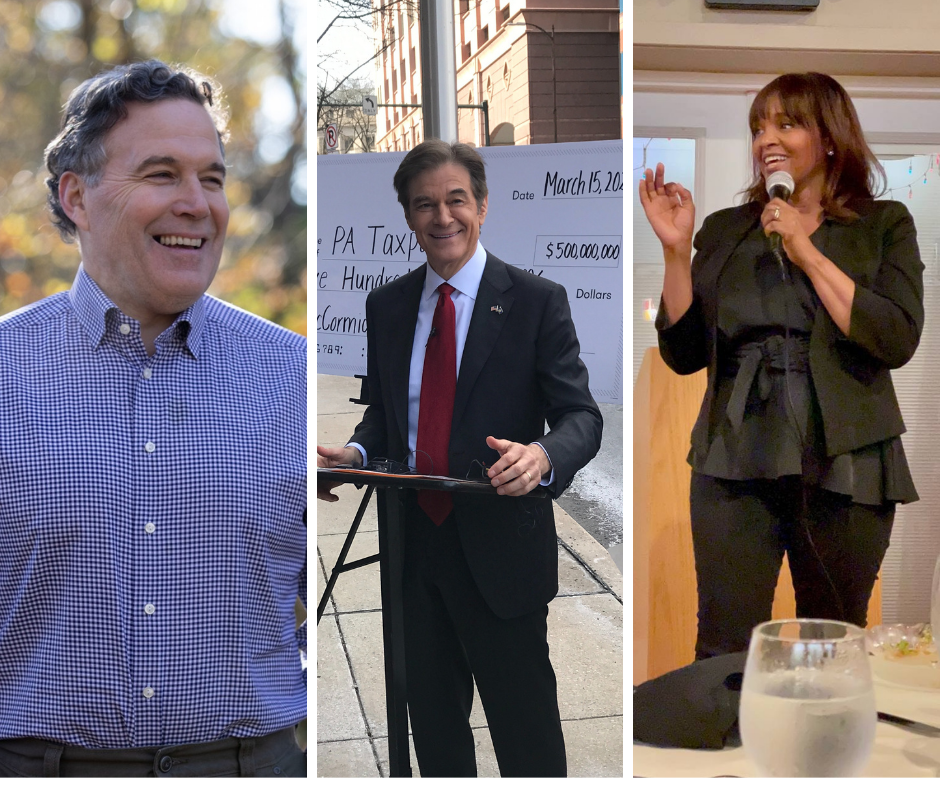 With seven days remaining before Pennsylvanians head to the polls to vote for nominees for the U.S. Senate, the chase for the GOP nomination continues to be as clear as mud.

Fox News released a poll on Tuesday evening that showed Mehmet Oz with a two-point lead over Dave McCormick and a three-point advantage over Kathy Barnette entering the final week. Oz drew 22 percent support of the 1,001 registered Republican voters, while McCormick and Barnette came in at 20 and 19 percent, respectively. Given the margin of error, the race is tied. 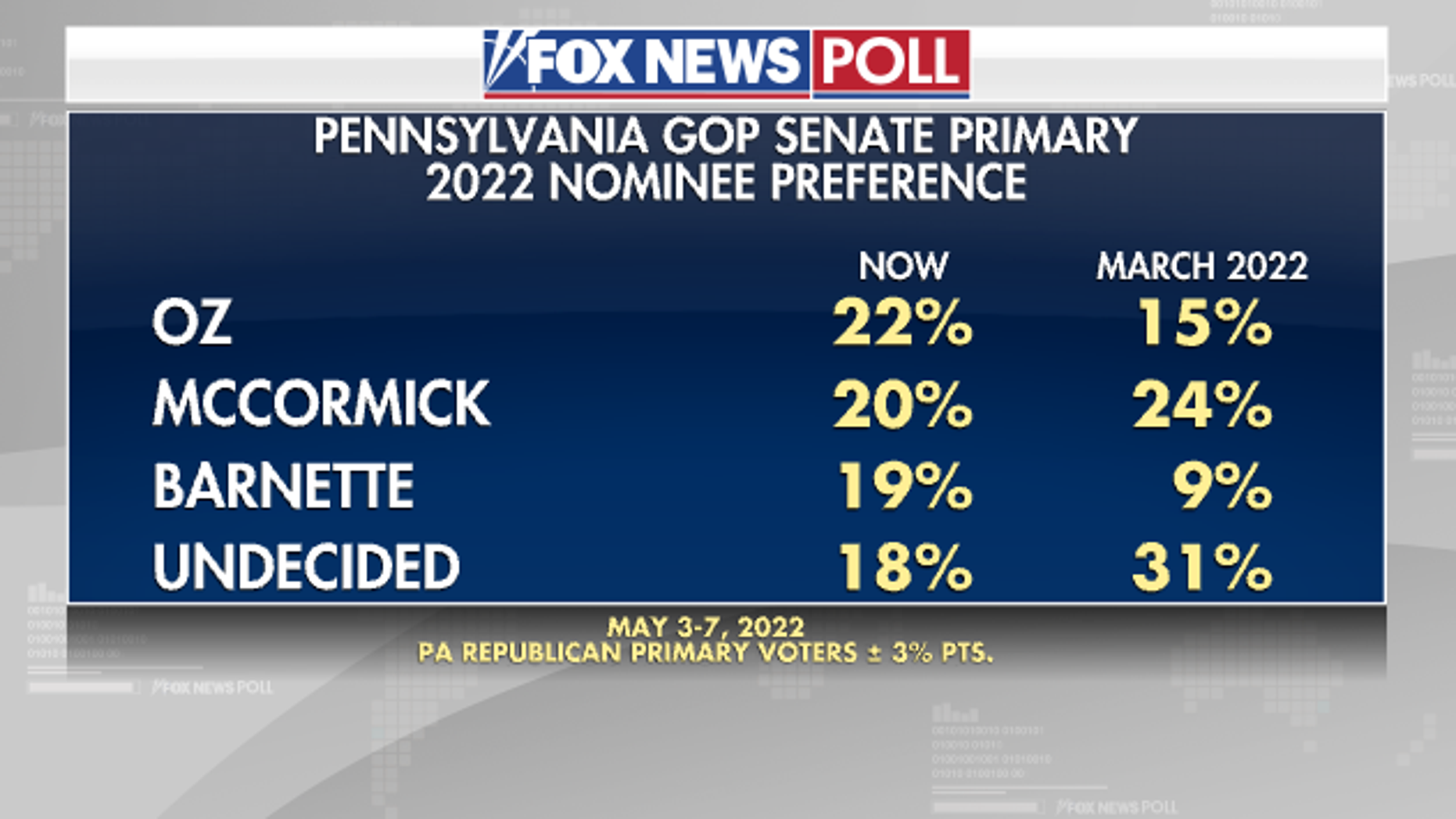 The election still swings on the decision made by undecideds. The Fox News poll shows that 19 percent of voters have yet to make up their mind entering the final stretch – down from 31 percent in March.

“Oz has closed the gap, and the parallels with J.D. Vance in Ohio are obvious,” says Republican pollster Daron Shaw, who conducts the Fox News Poll with Democrat Chris Anderson. “But McCormick and Barnette have considerable support, and with one out of five voters uncommitted, odds are that the vote will be very close.”

According to the poll, among the subgroup of voters who are extremely interested in the election, Barnette (25%) is narrowly preferred over Oz (22%) and McCormick (21%).

McCormick (+22 points) and Barnette (+29) have strong favorable ratings, with voters viewing both of them more positively than negatively by over 20 points. Conversely, the net difference between favorable and unfavorable views of Oz is negative by 1 point. 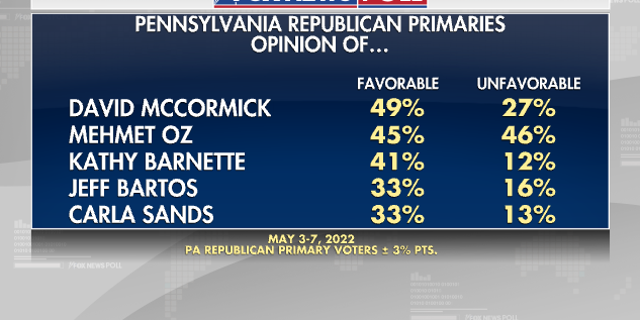 Also telling is the endorsement of former president Donald Trump, who endorsed Oz. The poll finds 37% say the endorsement makes them more supportive of Oz, while 22% say less supportive — with another 37% saying it makes no difference.

The PoliticsPA average of 13 polls conducted since February shows McCormick with a +0.2 advantage over Oz with Barnette making a significant move in the closing days.

The poll was conducted May 3-7, 2022, under the joint direction of Beacon Research (D) and Shaw & Company Research (R). This Fox News Poll includes telephone interviews (landline and cellphone) with live interviewers among 1,001 Pennsylvania Republican primary voters and has an overall margin of sampling error of plus or minus three percentage points. Randomly selected from a statewide voter file of registered Pennsylvania voters, respondents were screened to identify potential participants in the Republican primary elections.