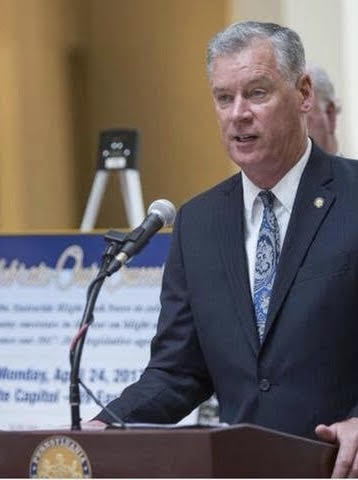 Former state Sen. Tom McGarrigle (R-Delaware) may have lost his reelection bid in November, but he will still play an important role in the party for the next term.

Last night, the Delaware County GOP unanimously selected McGarrigle to be the new chair, succeeding Andy Reilly who stepped from the role in December to become the head of the Southeast Pennsylvania Republican Caucus, according to the Delco Daily Times.

“With your support and your hard work and getting out the message that we need to deliver that the Delaware county Republicans provide good government, we’re fiscally responsible and we’re transparent on all aspects of our government, we will deliver,” McGarrigle said after his victory according to the Delco Daily Times. “And I’m excited about a Republican win in 2019 and with your help we will get it.”

McGarrigle was a part of the losses the state Republican party experienced in the Philadelphia suburbs this past November, falling to Democrat Mayor of Swarthmore Tim Kearney in SD-26.

McGarrigle was first elected in 2015 and in the last session served as the chairman of the Urban Affairs and Housing Committee and also served on the Banking and Insurance; the Community, Economic and Recreational Development; the Local Government; and the Rules and Executive Nominations committees, the Delco Daily Times reports.

Despite the numerous GOP losses in Southeastern PA, he is optimistic that better days are ahead for the party.

“I think we’ve gone through some rough times but I think our greatest times are still ahead of us,” he said according to the Delco Daily Times. “I’m not here tonight to tell you that I have a magic bullet or the magic answers. I’m here to tell you that I’ll work hard to represent this great county.”

The county GOP shared the news through Facebook last night, detailing McGarrigle’s background and excitement for his tenure.