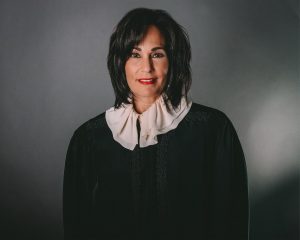 The 2021 race for Pennsylvania’s Supreme Court is on.

Pennsylvania Superior Court Judge Maria McLaughlin has announced her candidacy for the Democratic Party’s nomination for the state’s Supreme Court.

“My candidacy shines a light on the endless possibilities open to little girls and young women everywhere who come from humble beginnings,” said McLaughlin in a release. “This is for all of us!”

In 2017, McLaughlin was elected to serve on the state’s Superior Court. She was the highest vote-getter of the nine candidates for the statewide position. During her 2017 bid for the office, she traveled to all 67 counties in the state and said in her announcement video that she will be doing so again for the upcoming campaign for the state’s Supreme Court.

The press release about her entrance into the race also included endorsements and quotes from state Reps. Ryan Bizzarro (D-Erie) and Malcolm Kenyatta (D-Philadelphia), who both lauded her record on the court. Ryan Boyer, Business Manager for the Laborers District Council of Philadelphia, who will serve as the campaign’s Treasurer, also offered words of support for her bid for the statewide seat.

There is one open seat on the court for the upcoming election. One term on the Pennsylvania’s Supreme Court is 10 years.