Meehan Resigns From Congress, Will Pay Back $39k to Treasury 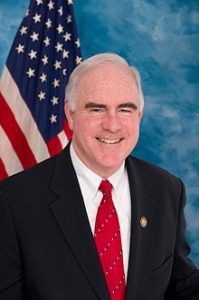 Congressman Pat Meehan announced he is resigning his seat in Congress and will pay back the $39,000 paid to settle a sexual harassment claim against him.

“With the knowledge I would not be standing for another term, I have decided that stepping down now is in the interest of the constituents I have been honored to serve,” Meehan said in a statement.

“I will pay $39,000.00 to the U.S. Treasury to reimburse for the severance payment that was made from my office account. That payment will be made within 30 days of my resignation from the House of Representatives.”

Meehan announced earlier this year he would not seek re-election after it was revealed he used his office’s budget to settle a sexual harassment claim filed against him by a former staffer.

The announcement gives Governor Wolf 10 days to choose a date at least 60 days after to hold a special election.  The special election would be held using the old Congressional maps, not the new maps drawn by the state Supreme Court earlier this year.