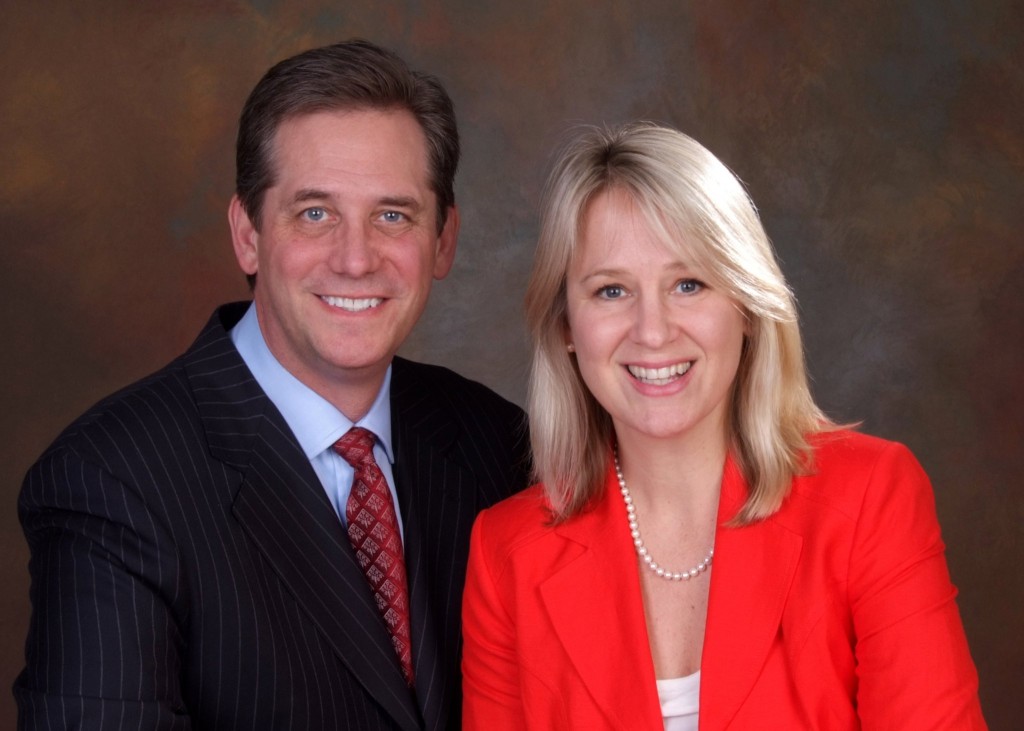 Castor, 49, is a partner and litigator at Eliott Greenleaf. He’s married with a son and a daughter.

They believe they have the team to keep the courthouse Republican, but out of the red.

PoliticsPA chatted with Castor and Brown during separate telephone interviews. Segments from those interviews have been arranged based on topic.

Castor and Brown acknowledge that recent demographic trends have favored Democrats in the county, but note that turnout for local elections remains a GOP strong suit.

“We have staff, our own headquarters in the same space that Corbett’s was [in 2010],” said Castor. “We have as good a campaign team and staff as it’s possible to have.”

“We have a headquarters, separate from party headquarters, the team is in place, and we plan to add to that team at the right time,” said Brown.

Castor emphasized that Montco is key to GOP hopes statewide. As such, he’s been in close contact with the PA GOP.

“Montgomery county is a swing county. Its demographics are not much different than all of PA. if Republicans can’t win Montgomery County, it’s very difficult to win a statewide election. I’ve met several times with [PA GOP] Chairman Gleason – he and I are longtime friends – to see if there’s anything he can do. He’s coming in next week with his advisers to discuss the campaign with me. I have a great deal of faith in the leadership that he has demonstrated in the last several years. he knows how to win elections, and I’m going to take his advice. I think he’s been a terrific resource and I’m happy to have him involved.”

As of the most recent reports, Castor-Brown had combined cash on hand of about $160,000 compared to Shapiro-Richards’ approximately $1,237,000.

It was known that State Rep. Josh Shapiro planned to import in nearly a million dollars of his PA House campaign funds into the race, but it was a story that appeared in the Philadelphia Inquirer several weeks ago that really rocked the boat in the county.

The Inky reported that some perennial GOP donors – the types of contractors and professionals that do business with the county – were putting their money behind the Democrats in the race. But it’s too soon to read into the money situation, says Castor.

“I’ve gotten several that I consider to be significant contributions from the state party. I continue to get those. Fundraising is kind of a apples and oranges when we compare the rest of our opponents. They had our ticket before us. Mr. Shapiro had the advantage of being a State Rep. It took us a while to get organized with a series of people who weren’t happy how the convention turned out.”

“Our job is to raise money, Brown agreed, “and that is the mode that we’re in right now. That is the more rigorous part of the campaign is going to come after Labor Day.”

“This is my fifth election and every time I run I hear this problem with fundraising, a problem with that polling, I’ve actually determined that it is never right,” Castor said with a laugh. “A few phone calls and the next thing you know you have the money that you need. As long as you have enough money to get your message out, it doesn’t matter if you have more or less than the other side.”

PoliticsPA asked each candidate for his and her “elevator speech” – the core 5 second message that they want voters to hear. For Castor and Brown, it’s all about the money.

“The county is fiscally unsound and needs corrected,” said Castor. “Both Jenny and I have a long voting record of a fiscal responsibility.”

“Bruce and I have been doing the same thing, fighting for fiscal sanity on each level and it’s about time he had a partner at the county level to ensure the county’s future in that way,” said Brown.

“Lower Merion in 2003 went in the direction of excessive spending, borrowing and taxes, so borrowing went from $56 million to over $115 million,” she elaborated. “The debt service is fourteen percent of our operating budget, taxes have gone up over 60 percent, spending has gone up over 60 percent, etc. It’s simply not sustainable and Montgomery county is on that verge right now.”

In his trademark style, Castor did not hesitate when asked to draw a distinction between his ticket and his opponents – despite the fact that both have voiced support for similar policies so far during the campaign.

“The Dems have a lot further to go to overcome the hump facing their party nationally – the backlash against big spending and borrowing. That’s why their campaign has been the ‘Me too’ campaign. We come out with something and they seem to agree with us.”

“I find it amusing that the driving force behind all of these proposals is Joe Hoeffel, and his protege Shapiro is taking contrary views. All four candidates for commissioner are taking contrary views from he and [Commissioner Jim] Matthews, because they can’t fight us on the issues. They have to say they’re so much like us and then broadcast that out”

For four years, Castor has been a conservative voice in the center-left wilderness of the Montco Board of Commissioners. The top vote-getter in 2007, Castor suffered a reversal at the hands of fellow Commissioner and fellow Republican Jim Matthews, who formed a coalition with Democrat Joe Hoeffel and effectively blocked him out (and literally blocked him out – Castor was not a party to the controversial breakfast meetings wherein Matthews and Hoeffel allegedly discussed county business).

Matthews had been pushed by Bob Asher, one of the most interesting figures in PA politics and a perennially involved with the Montco GOP. He switched his support from Castor to Tom Corbett during the 2004 primary for Attorney General.

“Montgomery politics is very complicated because of the factions involved,” said Castor. “Everything in Montgomery County has to be viewed from the historical perspective of the Asher or anti-Asher contingents.”

That type of division isn’t new for the Montgomery County GOP. Once a source of strength for Republicans statewide, the party has had its share of struggles in the past few years, due in part to its powerful, competing factions.

Most observers agree that Castor and Shapiro have enough name ID to secure a spot on the board. The crucial race, therefore, is between Richards and Brown. So how does Brown propose to overcome her Democratic counterpart?

“I come from the largest municipality, there’s only 30% Republican registration in [Lower Merion] and yet as a bona fide Republican I have been able to win elections and reelections in a Democrat ward and I think that that’s helpful having a significant amount of support from members who aren’t in my party,” she said.

“If you look at my record and the responsible decisions that I’ve made – I haven’t voted for tax increases – if you look at my record, and I like Leslie by the way she’s very nice – but if you look at her record we really are offering two different things. I think that in this climate people do not want another administration that is going to spend and borrow and ultimately tax unnecessarily. So I think that between the two of us, our records are distinct and that mine is an advantage over hers. I haven’t voted for a tax increase, I have looked for ways to reduce spending, that sort of thing.”

Correction: an earlier version of this story identified the airstrip in question as being in Hatfield. It is in Horsham. Grammatical errors from a few of the quotes derived from this reporter’s notes. They have been corrected.