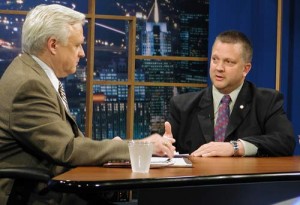 State Representative Daryl Metcalfe (R-Butler) introduced the Whole Woman’s Health Funding Priorities Act on Wednesday to defund Planned Parenthood and other abortion providers. The legislation, categorized as a “prioritization bill,” will not decrease the state budget for women’s health, but reallocate funds to health service providers that do not provide abortions.

It follows more than a year of PR battles between the organization and Republicans seeking to defund it. The GOP-controlled U.S. House of Representatives similarly sought to block its funding last year.

Existing state law already prohibits taxpayer-funded abortions. However, Metcalfe and his supporters argue that every dollar spent to fund Planned Parenthood indirectly funds abortion by allowing another dollar to be spent on the controversial service.

Opponents of the bill assert that a significant portion of the female population depend on Planned Parenthood and similar institutions for the provision of vital healthcare services. They fear that the defunding of said institutions will keep women from seeking and receiving care.

Sari Stevens, Executive Director of Planned Parenthood Pennsylvania Advocates said, “In these difficult economic times, it’s disappointing some politicians in Harrisburg would rather block women’s access to cancer screenings, birth control, and annual exams than address the real needs of the Commonwealth.”

Supporters counter with the assertion that the bill will actually improve the overall quality of women’s health care and facilitate the provision of services listed by Stevens. They reason that improvement can be achieved by dedicating funds to health care providers who concentrate on these vital non-abortion health services.

“Regardless of their position on abortion, Pennsylvania taxpayers must no longer be forced to subsidize the loss of innocent lives,” said Metcalfe.  “In reality, women in Pennsylvania will be healthier and the children safer when we permanently defund Planned Parenthood and its anti-family agenda.”

The , which pro-life advocates view as a violation of Gov. Tom Corbett’s anti-abortion campaign promises. Metcalfe and his supporters are calling on Corbett to act in accordance with his pro-life stance by signing off on the bill if it passes through the House and the Senate.

Update: After a reader challenged the assertion by bill proponents that the current proposed budget would yield an increase in funding for Planned Parenthood, PoliticsPA asked them to verify the claim. We will update this story if and when we receive said verification.