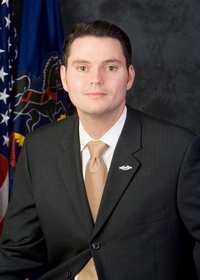 State Rep. Nick Miccarelli (R-Delaware) is reportedly accused by two women of assaulting them physically or sexually in separate incidents in the last six years.

According to the Inquirer and the Caucus the two women allege that Miccarelli “threatened, stalked, intimidated or sexually assaulted them” in a confidential complaint filed February 8th.  State House leaders have opened an inquiry into the allegations.

The women are requesting that Miccarelli resign his seat.

One of the women, who was in a relationship with Miccarelli in 2012, claimed in the complaint that during one argument, he brandished a gun while driving at speeds in excess of 100 m.p.h., threatening to kill them both. The second woman alleges that Miccarelli forced her to have sex with him after their relationship ended in 2014.

The women said in interviews they remained silent for years because they feared that speaking up would jeopardize their careers, if not their lives. They are coming forward as the #metoo movement has emboldened hundreds of women across the nation to openly discuss what they describe as a pervasive culture of sexual harassment or abuse in the workplace.

Miccarelli denies the accusations, calling them “absolute lies, a thousand percent lies” to the Inquirer.

The woman who dated Miccarelli in 2012 was so scared of him that “shortly before she ended her relationship with him, she stapled a note to her life insurance policy saying he should be considered a suspect in the event something happened to her” and when she did end the relationship she took members of her family to an undisclosed location.

The second woman, who dated Miccarelli in 2014 alleges that he forced her to have sex with him when she tried to end their relationship, and that while they were in a consensual relationship Miccarelli drugged her.

Miccarelli told the Inquirer “Let me make this clear. I’ve never drugged or sexually assaulted anyone.”

Miccarelli’s seat will likely be a hotly contested district, Hillary Clinton won the district by 3 points in 2016.

Miccarelli follows state Sen. Daylin Leach and state Rep. Tom Caltagirone to have allegations of sexual harassment come forward since the start of the Me Too movement has led to women opening up about harassment in their lives.