Mispronunciation of Store Name Comes Back to Bite Oz 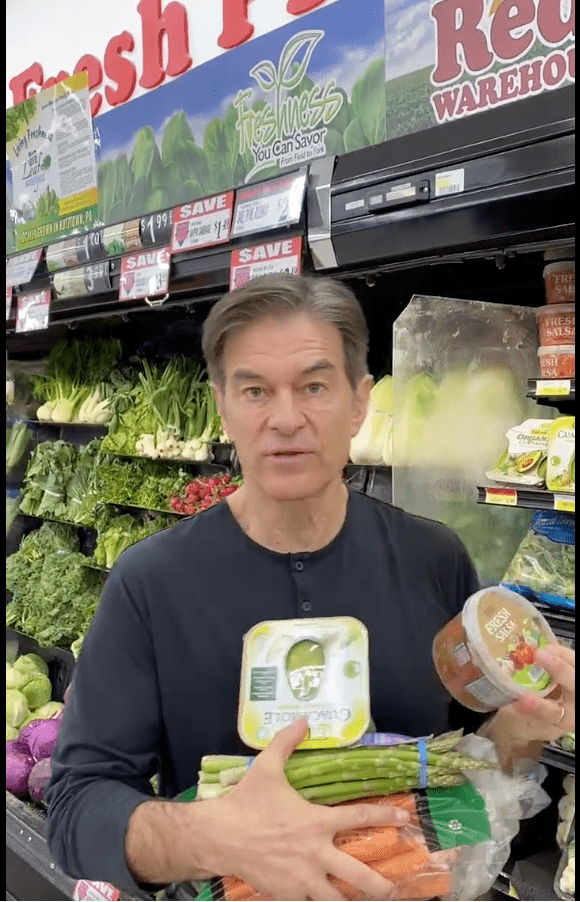 The one thing we know is that there is not a grocery store called Wegner’s.

Back in April, U.S. Senate candidate Mehmet Oz filmed a trip to a grocery store that he referred to as “Wegner’s.” The goal of the 38-second clip was to pick out vegetables for his wife, Lisa, for crudite’ or, since I had to look it up, pieces of raw vegetables (such as celery or carrots) served as an hors d’oeuvre.

The purpose of the tweet was to call out Joe Biden and his inflationary policies since the bill was already approaching $20 before tequila.

Inflation is hurting American families. Under Joe Biden, gas prices are skyrocketing and food prices are rising. We must stop the reckless spending. This is outrageous! Thanks a lot, Joe. pic.twitter.com/8kNil6upn8

The problem … there is no store in Pennsylvania called “Wegner’s.”

There is a Wegmans’, a Rochester, N.Y. chain with more than 100 stores in seven states, including the Keystone State, as well as Redner’s, a Reading, Pa. chain with 44 warehouse markets and 20 quick shoppes throughout eastern Pennsylvania, Maryland and Delaware.

Ron Filipkowski, who lists himself as an attorney, marine, former federal prosecutor and Republican on his twitter feed, retweeted the Oz tweet on April 6. It was picked up and retweeted yesterday by umichvoter, And the comments to the candidate who is already under fire for his New Jersey roots have not been kind.

.@DrOz I’m inviting you to come with me and shop together! Buy the avocado+tomatoes you can make the guacamole+salsa for 2$ and you can make great vegetable fried rice for 12 people! Less than 1$ per person!😘#LearnToShopBipartisan pic.twitter.com/uGwJMYzRPt

In which Dr. Oz calls the Pennsylvania grocery institution Redner’s “Wegners,” mistakenly thinks one broccoli floret is $2 instead of per pound, and complains about the price of crudités.