Miss Represented: We Need More Women to Run in 2011 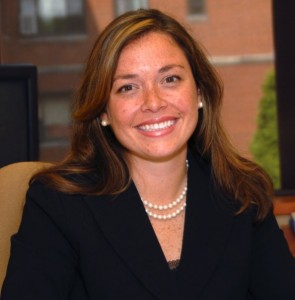 There are almost 6.5 million women in Pennsylvania. Yet, Pennsylvania has never had a female Governor or Senator. Currently, only one female represents Pennsylvania in Washington, along with one at the statewide level in Harrisburg, and she was just recently appointed. There are only ten female State Senators and I am one of just 32 women in the 203 member State House. Overall, Pennsylvania ranks 42nd among women serving in the state legislature.

Beyond Harrisburg and Washington, there is a need more female voices in government at all levels. Only four cities in our state with populations over 30,000 have female mayors. Local parties must actively pursue the election of more female municipal leaders from the county level to cities, towns, boroughs, and school boards.

This is a non-partisan need and cause that all Pennsylvanians, no matter their gender, should embrace. Women on both sides of the aisle bring a perspective that their male counterparts, no matter how well-versed they are on policy, can ever fully understand. We are mothers, wives, daughters, nieces, and granddaughters that understand the needs and concerns of women, children, and families, and our voice must be loud enough to break-through to ensure our collective issues are addressed.

Women contribute to far more than so-called “women’s issues”. When speaking to school children, I often ask for a show of hands: how many of your mothers do the bills? Fathers? Overwhelmingly, the kids reveal it’s their moms. Women are also proven to be better at putting egos aside and putting in the work to solve pressing issues (as the joke goes, while folding laundry and doing so many other tasks). How can we balance budgets and tackle monumental problems in government without that experience at the table?  We are disadvantaging ourselves.

As of today, candidates still have more than two weeks to collect signatures on nominating petitions and get on the ballot to run for many county and municipal offices. The need for women in Pennsylvania to get off the sidelines of government has never been greater. The more women who run for and are elected to public office, the louder our voice will be and the more prominent our issues will become.

If you are a woman and think you could bring a needed perspective to local government, work with your friends and family to build a network to run on. Begin reaching out to local party organizations and work with groups like the Pennsylvania Women’s Campaign Forum to find out more about what you need to do to run. If you know a woman who could make sure our issues are heard locally, tell her that she should run.

Rep. Chelsa Wagner is serving in her third term in the State House representing the 22nd District. She is also a candidate in the 2011 Democratic primary for Allegheny County Controller. Chelsa is currently the only woman to represent Allegheny County in the State House and was the first Democratic legislator to ever give birth while in office. She is a native of the Pittsburgh neighborhood of Beechview, and now resides in Brookline with her husband and their one-and-a-half year old son. Please visit her website and her facebook page and for more information.