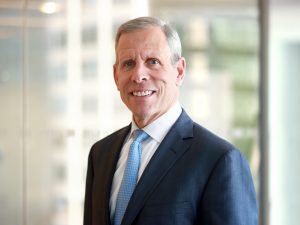 Gubernatorial candidate Paul Mango is having his voting record and history of campaign donations questioned.

As the Pittsburgh Post-Gazette reported, Mango has missed many odd year elections and primaries since 1988, as far back as Allegheny county voting records go.

When Mango announced his bid, fellow Gubernatorial candidate state Senator Scott Wagner (R-York) hit Mango on his choice of message, and on his lack of giving to candidates during the previous seven years.

“I wish I would have been more active politically earlier in my life,” Mango told the Post-Gazette in an email responding to the voting records story.

Mango claimed he had voted in every general election in his statement, but the records showed that in addition to the odd year elections, Mango did not vote in 1990, 1996, and 2002.

While most regular voters will often miss odd year elections, which usually have statewide judicial and local elections on the ballot, races that do not generate much press or motivation for voters.  These often help shape the party, as do primaries in even years where local party members are elected.

Prior to this year, the last time Mango made a political donation to a state candidate in Pennsylvania was 2010, when he a total of $750 to then state Representative Mike Turzai and $1,000 to the Allegheny County Republican Committee.

This early in the election cycle, these types of hits are not designed to move the needle of support from the general public, but resonates with state party members who the candidates are trying to win over.

The political donations will likely not resonate as much with state party members as the primary voting, but will likely be used to build a narrative of “what has he done.”

Update:  The Mango campaign responded saying that he has given over $300,000 to Republican candidates across the country and the state including Senator Pat Toomey, and Congressmen Tim Murphy and Ryan Costello.