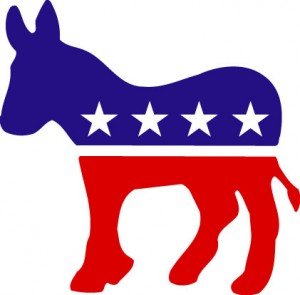 Southeast Pennsylvania is home to three of the last remaining competitive districts in the U.S House of Representatives.

PA-6, PA-7 and PA-8 have been the target of Democrats for decades with only intermediate success. For instance, the party won the latter two in 2006 but lost them again in 2010. The former has stayed red throughout.

Today several pieces of news broke in each race.

For this seat, though, the biggest story may be that not much has changed.

The DCCC announced their latest “Red to Blue” list and PA-6 was nowhere to be seen. Not exactly good news for Democratic candidates Lindy Li and Mike Parrish.

Congressman Ryan Costello is sure to be happy about it, though, as was the NRCC.

“Even the DCCC sees the writing on the wall that Lindy Li and Mike Parrish are failing candidates,” spokesman Chris Pack told PoliticsPA. “That is why they are pulling the plug on PA-06 despite designating it as one of their top targets just one year ago.”

This seat, however, did make the Democrats’ list, albeit their secondary one.

More importantly, the party named Bill Golderer as their preferred candidate in the race. We already knew that the DCCC recruited him to run but public support is another key step for him. This also leaves his primary opponent, 2014 nominee Mary Ellen Balchunis, in a bit of a lurch.

“Bill Golderer is an innovative problem-solver, who has already demonstrated to the world what a difference one man’s passion and dedication can make for everyday people,” said DCCC Chairman Ben Ray Luján. “Bill’s history of solving longstanding problems with creative business models has already helped thousands of people in Pennsylvania. His background and record of success has earned the respect of many in his community and he represents the exact type of new leadership needed in Washington.”

“Congress is broken and while some say that change isn’t possible, I disagree,” said Golderer. “I believe the stakes are too high to let cynicism decide our future. I’m proud that so many Pennsylvanians agree with me and have joined our campaign. It is because of them that our early strength has earned us a spot in the Emerging Races program.”

Additionally, Larry Sabato’s Crystal Ball revealed today that they are moving Congressman Pat Meehan’s seat into a competitive category. The district has now gone from “Safe Republican” to “Likely Republican”.

“Moving onto the Likely Republican list from Safe Republican are Reps. Erik Paulsen (R, MN-3) and Pat Meehan (R, PA-7),” Managing Editor Kyle Kondik wrote. “Both represent the kind of politically balanced suburban districts that are of growing importance to Democrats as some of the traditionally Democratic rural districts they used to hold become increasingly Republican. Paulsen and Meehan should be fine, but if Democrats do end up making a serious play for the House, they hold the kind of districts that might become competitive.”

This open seat remains the Democratic Party’s best hope in the Keystone State.

In reflection of that, the district was one of just twenty-one to make the DCCC’s primary list.

While the committee is not picking a favorite in the Democratic primary, both Shaughnessy Naughton and Steve Santarsiero considered the move a victory.

“The Red to Blue announcement confirms that this will be one of the most competitive races in the nation in November,” Campaign Manager Erik Polyak stated. “Shaughnessy isn’t a career politician in any way, but she has the resources to win. Shaughnessy is in a strong position to take back a Republican held seat and join Pennsylvania’s delegation as the only woman fighting to protect Planned Parenthood and to preserve Social Security and Medicare.”

“In 2008, I turned a Republican-held state house district blue and I’m ready to do it again in Pennsylvania’s 8th Congressional District,” State Rep. Santarsiero said. “After earning the Democratic Party’s endorsement and now with the Democratic Congressional Campaign Committee listing this race on their “Red to Blue” program, I’m ready to take on the Republicans and return responsible leadership to this Congressional seat. I’ve been a proven progressive fighter in the State House where I’ve earned a 100% rating from Planned Parenthood, fought to protect Pennsylvanian jobs, and authored our commonwealth’s universal background check bill for sensible gun safety. A lot of candidates just talk and as my dad always says, “talk is cheap.” I’m ready to go to Congress to continue walking the walk.”

“The Democratic candidates in Pennsylvania’s 8th are both highly-qualified, passionate advocates who are ready to make sure the economy works for everyone in Southeast Pennsylvania,”said DCCC Chairman Ben Ray Luján. “The people of the Pennsylvania 8th voted for President Obama and hardworking families in this community are ready to send a Democrat to fight for them in Congress.”