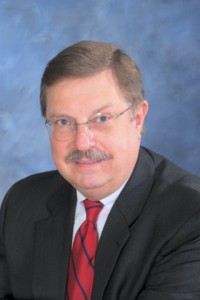 With the Supreme Court’s ruling this morning, marriage equality is now the law of the land.

In Pennsylvania, same-sex couples have had the right to marry for over a year, after a May 2014 federal court decision struck down the state’s ban defining marriage as a union between one man and one woman.

Ten months before that ruling brought PA in line with more than 30 states and the District of Columbia who already recognized same-sex marriages, Bruce Hanes – the Montgomery County Register of Wills – began handing out marriage licenses to all couples looking to wed.

Just seven days after Hanes made the decision to “come down on the right side of history and the law,” the Corbett administration, through the PA Department of Health, sued Hanes, arguing it was their job to ensure laws are administered uniformly throughout the state.

Today, Hanes applauded the Supreme Court’s ruling in favor of equality, but said his office will continue to operate “business as usual.”

Hanes said he was “very happy” about the Court’s 5-4 decision, and called it a “very good day” for marriage, families and the entire country. He was also quick to remove himself from being part of the conversation, insisting “it was never about me.”

“It’s not really about me. I don’t really think about it like that,” Hanes told PoliticsPA, admitting he felt “queasy” two summers ago when first issuing the licenses. “I think it’s about the obstacle that’s been overcome by everybody.”

There have been many reports of couples waiting in line for licenses in the 14 states in which same-sex marriage was illegal yesterday, but Hanes said he didn’t expect a “blip” in the number of licenses issued in the state after the ruling.

The Montco official emphasized the need for everyone to respect the decision of the highest court in the land and “move on.”

“Contrary to what some people are saying, it’s not the end of the world,” Hanes said. “It’s not the end of western civilization. [I think] it’s the beginning of an acknowledgement of equal rights for everyone.”

In the majority opinion, Justice Anthony Kennedy wrote that states’ bans on same-sex marriage were unconstitutional under the 14th Amendment.