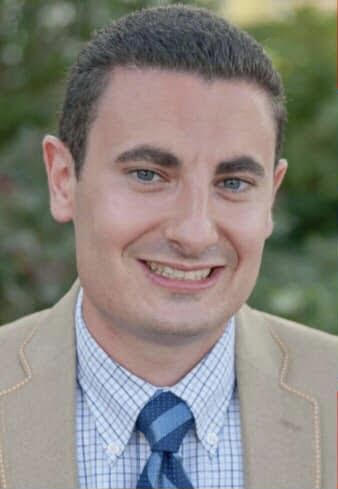 The 2022 gubernatorial race has officially begun.

“In my travels across Pennsylvania, countless people have encouraged me to run for Governor and nearly just as many have asked me to run for U.S. Senate,” Gale wrote in a social media post announcing his candidacy. “It is quite clear that there is a growing appetite to fill both seats with an independent conservative outsider who has the proven ability to win and the fortitude to lead.”

“That is why I am announcing my bid for Pennsylvania Governor,” he wrote.

Gale was elected to serve as a Montgomery County Commissioner in 2016 at the age of 26. Since running for that office and a previously short lived bid for lieutenant governor, which was cut short due to him not being at least 30 years old at the time, he has blasted establishment Republicans, while praising former President Donald Trump.

“The Republican Party cannot go backward to move forward,” Gale writes. “To continue advancing the Trump movement, we must remain committed to draining the swamp within the GOP, which is best accomplished by winning Republican primaries.”

In furthering his feud with fellow Republicans, he specifically singled out the “failed policies and platforms of the Bush, McCain and Romney era” in the post as well, while labeling GOP Sen. Pat Toomey as “nothing more than a textbook RINO (Republican In Name Only) who has been an utter disappointment to conservative voters.”

He also attacked Republicans in the state legislature as well.

“For too long, the state government has been dominated by a pathetic Republican-controlled legislature who has given us little more than the nation’s highest gasoline tax (Act 89) and the nation’s longest universal mail-in voting period (Act 77),” Gale writes. “As Governor, I will hold bad Republicans accountable not just by naming names, but by supporting primary challenges against those who undermine a common-sense conservative agenda – which must begin with election reform.”

“This means eliminating Pennsylvania’s 50 days of no-excuse mail-in voting and mandating that photo-identification be shown at the polls on Election Day,” Gale continues.

He claims in the post that the “only path to victory” is for a candidate to be “pro-life, pro-2nd Amendment, pro-small business, pro-shale, pro-pipeline, pro-Trump and, most importantly, not controlled, influenced or endorsed by Republican Party bosses.”

Gale has been the center of various controversies since being elected to the Montgomery County Board of Commissioners.

His fellow commissioners censured him and rallies were held calling for him to resign following a 2020 press release in which Gale called the Black Lives Matter movement a “hate group.” According to The Patch, Gale agreed to a settlement that stated he will not block citizens who are critical of him on social media or delete their comments.

Gale also announced that his brother Sean, 30, is running for the GOP nomination for Senate.

The race to replace Gov. Tom Wolf, who is term limited in 2022, is expected to draw several Republican candidates.