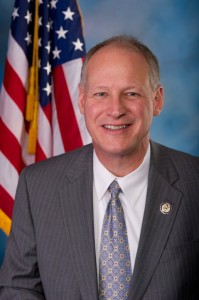 Good morning politicos. After a heck of a night, 2 incumbent congressmen and 5 incumbent state lawmakers lost their primaries. Read about all the action and learn the score in today’s Buzz.

Smith Wins in a Rout: Tom Smith scored a relatively easy win Tuesday, with Sam Rohrer in a distant second and Steve Welch in third. His victory embarrasses the PAGOP – and Gov. Tom Corbett – who backed Welch. Smith vastly outspent his opponents, almost 3 times all of them combined.

Kane Proves Able: Wins Dem AG Nom: Kathleen Kane overcame the strength of the entrenched support of SEPA for Patrick Murphy to win the nomination of her party for Attorney General. In a speech just before midnight, Patrick Murphy conceded to Kathleen Kane.

Critz Pulls Off The Upset in PA-12: Aided by strong momentum and support from organized labor over the finals days before the election, Rep. Mark Critz has won the Democratic primary over fellow incumbent Jason Altmire in the redrawn 12th Congressional District.

Five Incumbents Lose: State House and State Senate Election Recap: The biggest headline of the night was the almost unseating of Speaker of the House Sam Smith in his Punxsutawney based legislative district. He was running against Chris Dush, completely unknown to the Pa. establishment until this evening. In the end, Speaker Smith won by 458 votes out of the 6,381 votes cast in the race.

Tim Murphy Fends Off Tea Party Challenger: Rep. Tim Murphy has won his primary against challenger, Evan Feinberg. With 88 percent of precincts reporting, Feinberg trailed Murphy by 26 percent. Murphy held his own at 63.2 percent of the vote, while Feinberg won only 36.8 percent.

DeWeese Sentenced To 30-60 Months In Prison: DeWeese got 30 to 60 months in state prison for his role in the Bonusgate scandal. He resigned from the state House at noon today. He gave his farewell speech last week.

Maher Earns Republican Nod for Auditor General: Maher earned 66 percent of the vote and will face Eugene DePasquale, a state representative from York County who ran unopposed in the Democratic primary, in the general election this November.