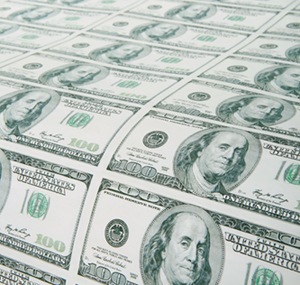 Grab that cash with both hands and make a stash”

Let that sink in for a minute.

Then realize that figure is just a drop in the bucket as the race for the Republican nomination for the open Pennsylvania U.S. Senate seat heats up.

According to AdImpact, Republican candidates and the groups supporting them have spent and reserved $15.3 million on television ads.

Individually, the cash flows from the candidates themselves. Mehmet Oz has already spent $4 million on TV ads and has reserved another $1.3 million in time. David McCormick is right on his heels, spending $3.8 million on airtime. Their PACs and supporters have also chipped in an additional $2.47 million. Only seven Senate candidates nationwide have contributed more than $10 million of their own funds to their race. That number could easily increase by two.

In third place in the multimillion dollar club is Carla Sands, who has contributed $2.1 million to her campaign’s coffers. Jeff Bartos and George Bochetto have chipped in $1.2 million and $100,000, respectively.

Spending such as this is not uncommon in the Keystone State, as Tom Wolf contributed $10 million of his own funds to his gubernatorial run in 2014. And Tom Smith contributed a total of $16M to his unsuccessful 2012 Senate campaign.

AdImpact, a company that provides ad intelligence insights, expects Pennsylvania to see the second-highest rate of spending in the upcoming Senate campaign at $228 million. Only Georgia at $244 million is expected to see a higher total. In fact, the company estimates that Pennsylvania, Florida, Georgia, Arizona and California will see a combined one-third of total political spending in 2022.
A political strategist involved in the open Senate race told Politico they anticipate $110-130 million in spending on TV advertisements in the Republican primary alone. Those numbers are similar to what both parties combined spent on airtime during 2016.

The money is being thrown around just 12 years after the U.S. Supreme Court passed down its Citizens United ruling, expanding the influence of special interest groups and their ability to spend unlimited amounts on elections.