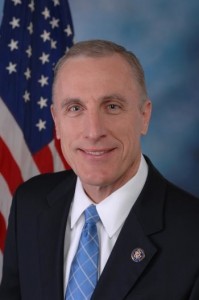 Forging party unity and mending old wounds seems to be a growing theme in the aftermath of the April primaries, as Rep. Tim Murphy called on the state Legislative Reapportionment Commission to reconsider alterations to the 37th and 40th districts.

Murphy himself once held the 37th state district seat before becoming a U.S. Congressman in 2003.This request comes on the heels of Murphy-endorsed candidate Mark Mustio’s primary defeat against D. Raja, although Murphy did throw some compliments Raja’s waya few days before the primary.Raja won the three-way race and now faces Democratic write-in candidate Greg Parks (who also lives outside the proposed new district).Murphy asked the LRC to consider the map, adopted April 12, because he believes it disenfranchises thousands of voters.

“To ensure the concerns of Allegheny and Washington County constituencies are fully represented in the state legislature, districts should include municipalities with common interest that are growing in a unique way, and have for years had representation based upon the values that tie those areas together,” Murphy said in a letter to the LRC.

Murphy added that the map overlooks the “reality” of Marcellus Shale and Utica Shale development, and that it favors preserving well-established urban districts that are losing population (he named districts 38, 42, 43 and 45), while sacrificing growing or suburban districts – Raja’s in particular.

The new map would take effect in 2014; a number of people – lawmakers and concerned citizens alike, have come out against it as having a partisan bias or unfairly splitting municipalities.