Murphy Not Running for Gov 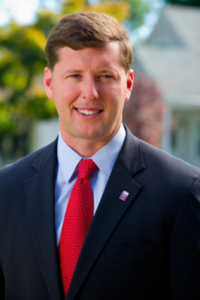 Patrick Murphy is a veteran and former Congressman, but he won’t be a candidate for Governor in 2014.

The Bucks County Democrat dismissed rumors that have circulated recently in some Pa. Democratic circles.

It’s “absolutely not happening,” he said.

Murphy represented the 8th district in Congress from 2007 to 2011 and ran for Pa. Attorney General last year. He served in Iraq from 2003-2004 as a JAG Corps attorney with the U.S. 82nd Airborne Division.

He’s presently a partner at the firm Fox Rothschild.