Rep. Tim Murphy (R-Allegheny) tried to find middle ground for Republicans on the national debate on gun violence by not promoting traditional gun control measures but rather by emphasizing the need for fiscally responsible mental health programs.

Murphy joined the national dialogue on mental illness and gun violence Sunday on national television, becoming one of the most prominent Pa. Republicans on the issue. He took part in a roundtable discussion on CBS’s Face the Nation that examined the connection between video games, violence, and mental illness.

Murphy practiced psychology for 30 years prior to his tenure in Congress and authored the book “Angry Child” about the dynamic between parents, children, and their environments.

Although Murphy agreed that video games are “not helpful at all,” he said, “Video games don’t cause it. We’re chasing the wrong rabbit down the wrong hole” vis-a-vis a link to violence. “We need to be addressing mental illness and we’re not.”

He criticized the nation’s historic handling of the mentally ill.

“We dumped them out on the streets, emptied hospitals, somehow in the name of compassion, and now they’re out there on the streets or they’re in jails. This is the wrong approach,” he said.

He pledged to use his role as chair of the Investigation and Oversight subcommittee of the Energy and Commerce committee to look into congressional appropriations for the National Institutes of Mental Health. But he did not advocate for an overall increase in mental health funding, instead focusing on what he said was waste in existing programs and the status quo.

“What has happened in our society is it isn’t just we’ve made cuts, we actually are spending more money because we’re putting people in jail now. And it’s left to police to deal with this,” he said.

The issue of mental health has been interwoven with the debate over gun control since the tragedy in Newtown, Connecticut in December. Neither Murphy, who consistently has been endorsed by the National Rifle Association, nor other panel members spoke about gun control.

The NRA loudly blamed video game violence in the wake of the Newtown shootings.

“In the last four fiscal years, $4.35 billion have been cut from the public mental health system. That’s a problem.” 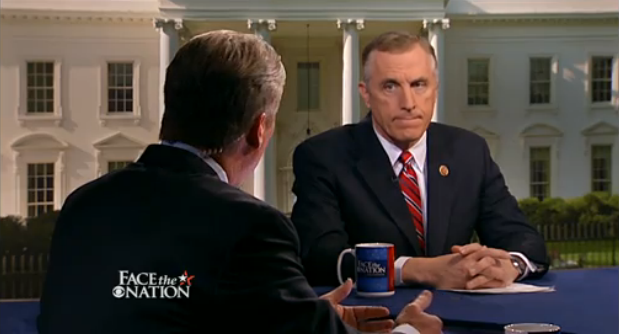