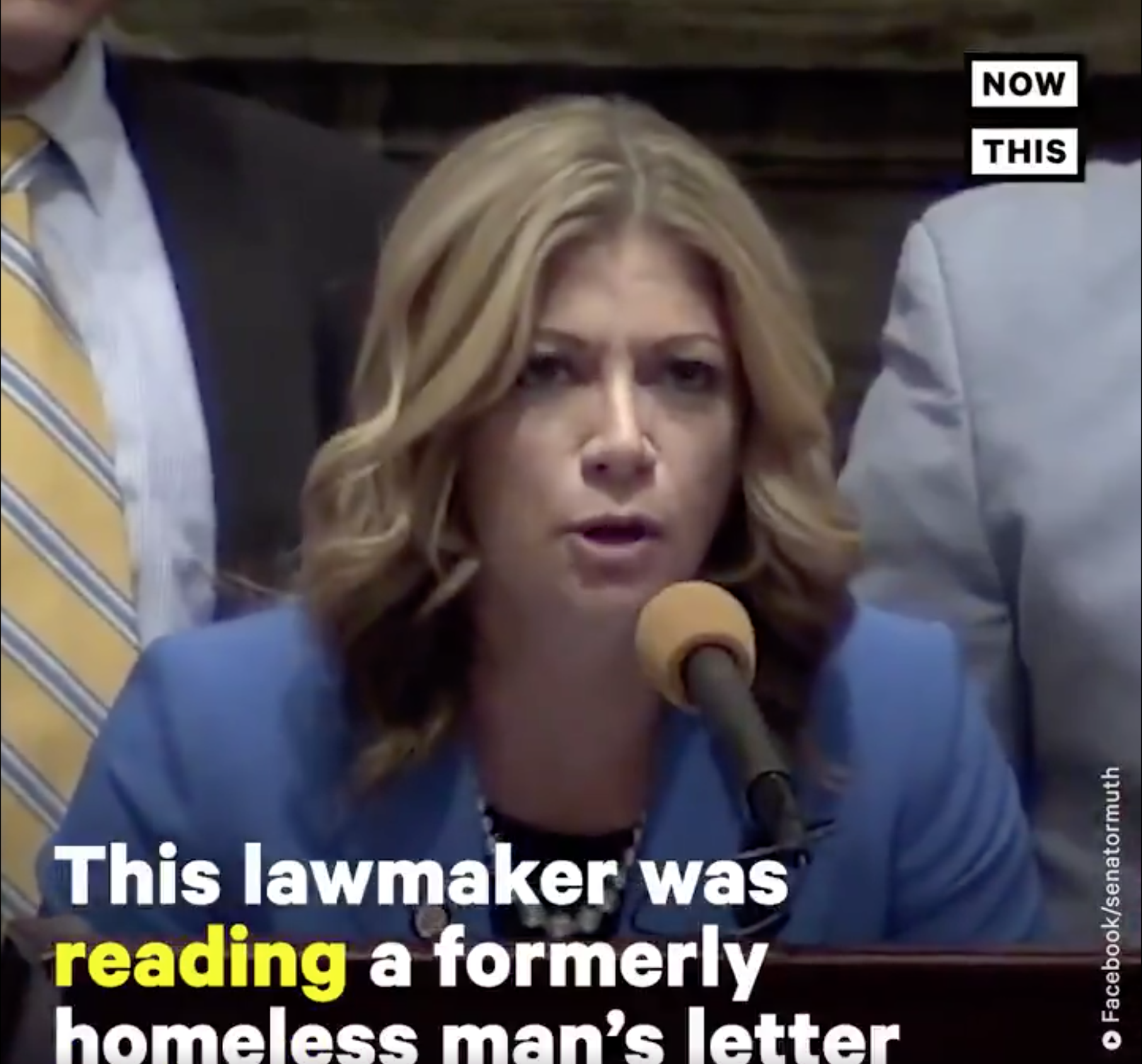 During budget negotiations, some Democrats unsuccessfully tried to fight off House Bill 33 to end a general assistance program that provides $200 a month for “thousands of poor and disabled Pennsylvanians.”

Amid an already tense environment on the Senate floor, Muth, who opposed the bill, read a letter from a recipient of the bill, while state Sen. Majority Leader Jake Corman (R-Centre) tried to end this reading by calling for a “point of order.”

Corman was correct on the parliamentary merits. Lt. Governor John Fetterman later acknowledged that he broke Senate rules by ignoring the Majority Leader, who wanted to call for an immediate vote.

The video of Corman angrily yelling at Fetterman, over Muth’s own remarks, went viral.

Progressive social news website NowThis shared some of the footage, which so far has 3.5 million views, and launched the video into that national spotlight. From there it caught the eye of influential progressive voices like DeRay Mckesson, Ava DuVernay, and 2020 presidential hopefuls Sens. Kamala Harris (D-CA) and Elizabeth Warren (D-MA).

The final vote on the matter was 26-to-24, with two Republicans joining all 22 Democrats. Gov. Tom Wolf (D) signed the budget Friday, effectively eliminating the program,

“What happened on the Senate floor last week was a direct attack on Pennsylvania’s most vulnerable and a clear effort to silence the truth,” Muth said in a statement. “I’m grateful that the video has been seen by so many people and they’ve been able to hear Mr. John Boyd’s story. The General Assistance program was a lifesaver to him, and I’m going to keep working on state programs that can help Mr. Boyd and others in his situation.”

According to a spokesperson for the PA Senate Democrats, her Twitter following has jumped from roughly 11,000 followers last week to now 25,000 followers. She’s set to make an appearance on MSNBC’s Hardball with Chris Matthews Monday night.

A spokesperson for Corman said Wednesday was a “sad day for good government in Pennsylvania” and that when the rules are not followed, “chaos takes over.”

“If the rules of the Senate had been followed, that scene would not have occurred. We would have had our disagreement in a respectful manner,” said Jennifer Kocher, Communications Director for Corman. She reiterated that Corman was yelling at Fetterman, not Muth.

“The Lt. Gov has admitted with pride that he ignored the rules of the institution in order to score political points. The actions taken to ignore the rules of debate sets a dangerous precedent for the future of respectful discourse,” Kocher said.