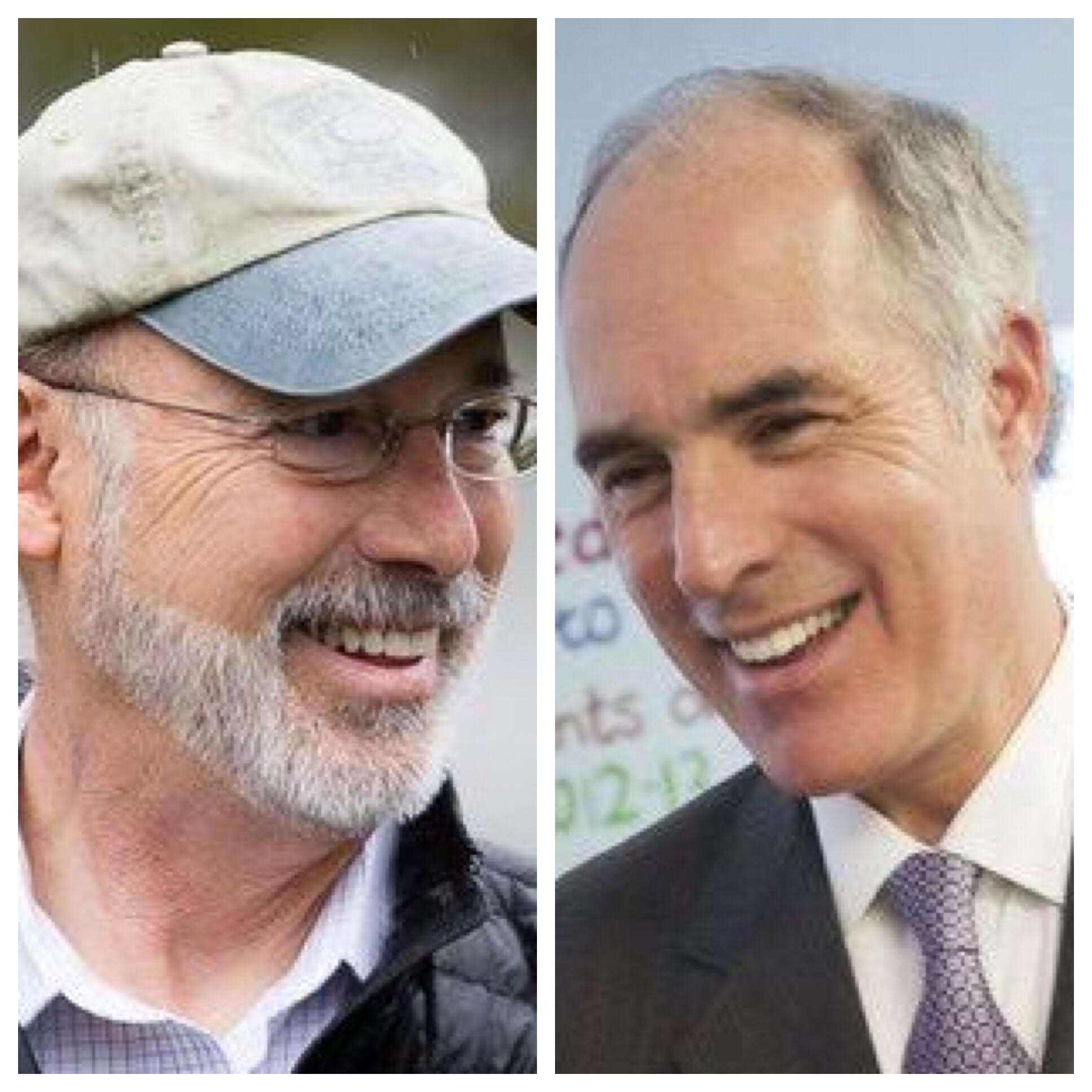 Both Gov. Tom Wolf and Sen. Bob Casey coasted to double digit re-election victories on Tuesday, but exit polls from NBC gives us a look into who specifically took them over the top. Women.

Despite both races being called relatively quickly after the polls closed, men appeared to be split on the candidates, specifically in the Senate race. Casey and Barletta were locked in with 49% of the men vote each in the NBC exit poll. Wolf won the men vote by by just 5, with 52% voting for Wolf and 47% voting for Wagner. 49% of those in the exit poll were men.

Here’s where the gaps significantly widen.

Another key factor that can be attributed to Casey and Wolf’s decisive reelection bids were the results in Philadelphia and their surrounding counties. As expected, Philadelphia came up big for both Democratic statewide candidates. Casey carried the city of Philadelphia by nearly 400,000 vote margin over Barletta with 100% of the votes in. Wolf collected just over 400,000 more votes than Wagner in the city.

The collar counties, key bellwethers in past statewide campaigns, tell the story of where Casey and Wolf pulled away.

Bucks County had the tightest margins of these suburbs, with Casey winning by 14 points and Wolf by 18. This comes at the same time that Rep. Brian Fitzpatrick (R-Bucks) won re-election in the 1st Congressional District, largely based in Bucks County.

The Democrats in the Philadelphia suburbs also made significant gains in the state House and Senate Tuesday.

The NBC exit polls show that President Trump’s unpopularity may be attributed to the victories for Casey and Wolf. Trump holds a -10 net approval rating in this exit poll, with 45% of voters saying they approve of his job performance, while 55% disapprove.

35% in this exit poll stated their vote for the U.S. Senate was to express opposition to President Trump, while 33% say their vote was in support of Trump and 30% say Trump did not play a factor in this race.