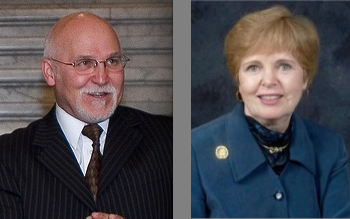 “The Governor’s commission told part of the story,” said Thomas Au, Conservation Chair for the Pennsylvania Chapter of the Sierra Club. “The citizens of Pennsylvania have a different story to tell.”

A range of organizations from environmental and liberal advocacy groups, to the non-partisan League of Women Voters are forming a citizens’ panel as a counterpart to Governor Tom Corbett’s Marcellus Shale Advisory Commission. The coalition says it will offer Pennsylvania residents the chance to voice their concerns regarding Marcellus shale, to be combined in a report to be given to the Governor.

“Marcellus Shale development will have a huge impact on our Commonwealth and it is critical that we get it right,” Surra said. “This commission will give citizens an opportunity to add their voice and bring some necessary balance to this critical debate.”

The Citizens Commission will allow people throughout the state who are personally affected by drilling in their backyard to share their own thoughts on the issue. This is also in response to the belief that the Governor’s commission has not taken into account social and environmental issues but instead are focused more on industry and economic concerns. Many critics have characterized industry representation on the MSAC as disproportionate, though the panel ultimately echoed several of the recommendations by mainstream environmental groups.

The Commission will hold five hearings across Pennsylvania in August and September. Each hearing will be held from 6 to 9 p.m., with the first hour reserved for expert testimony and the remaining two for public input.

In early October, the Commission will produce a report documenting the opinions and concerns of citizens to be delivered to Governor Corbett and the Pennsylvania General Assembly.

Meetings are scheduled starting tomorrow and running throughout September. A full list of meetings and registration is available at the Commission’s website.