November 10: Every County, Every Vote 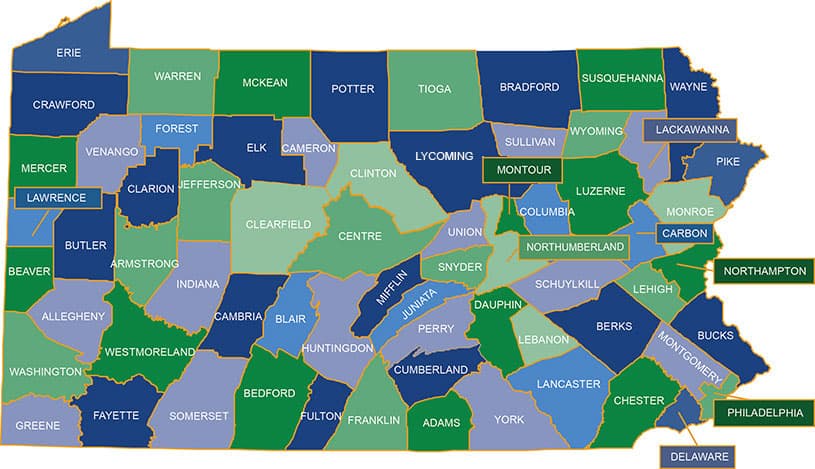 1. “Every County, Every Vote” Strategy Pays Off For Fetterman

“Every County. Every Vote.”

From Adams to Armstrong. From Jefferson to Juniata. And Mercer to Montgomery.

John Fetterman began his campaign for the U.S. Senate with the belief that small towns throughout the Keystone State felt left behind. He saw that rural Pennsylvanians sensed that everything was being decided by residents of Pittsburgh and Philadelphia.

Something had to be done. (Pittsburgh-Post-Gazette)

Abortion, Women And Oz’s Jersey Roots Helped Fetterman Capture Senate Seat, Analysts Say. “It all added up to a critical win for Democrats as they try to retain control of the Senate and give President Joe Biden a buffer from the House, which appears likely to fall into GOP hands.” (PennLive)

‘Stomach Churning’: How Fetterman Survived A Stroke – And More – To Beat Oz. “In a cramped, bare-bones campaign office in downtown Philadelphia adorned with a poster of the city’s shaggy-haired, Cheeto-colored mascot Gritty, John Fetterman’s top aides gathered to discuss a problem that could sink the campaign: Their candidate was getting badly outspent on TV, and they were desperate for ways to halt it.” (POLITICO)

“Democrat Josh Shapiro won big in Tuesday’s election, outperforming John Fetterman at the top of the ticket — and even President Joe Biden in 2020 — in almost every Pennsylvania county.

But as he prepares to step into the state’s top job with an ambitious and lengthy policy platform, he faces a new challenge: navigating a state legislature that has often served as a foil to gubernatorial agendas.” (Spotlight PA)

Shapiro v. Mastriano Was A Mismatch From The Start: Trump And Abortion Policy Kept It That Way. “Setting party registration aside, Shapiro, the incumbent Attorney General, won across just about every demographic and issue category, a sweep no doubt helped by Mastriano’s unconventional “Members Only” campaign strategy.” (PennLive)

Election Deniers Lose Attempts To Control Elections In Critical Battleground States. “While election deniers have so far fared better in races for the U.S. House, aligning with former President Donald Trump and denying election results did not prove to be a good electoral strategy for statewide races to control elections. ” (Pennsylvania Capital-Star)

With Poor Showing From Mastriano In Lancaster County, What’s Next For The GOP? “In text message chains and conversations with each other on Wednesday morning, some longtime Republican politicos in Lancaster County found themselves mulling an overarching question: Did the results of the 2022 general election weaken the party’s grassroots, Trump-devoted insurgency?” (LNP | Lancaster Online)

In the four most-closely watched Congressional races in the Commonwealth, Democrats went 4-for-4.

Dems retained their seats in PA-07 and PA-08 behind Susan Wild and Matt Cartwright, while securing open western PA seats in PA-12 and PA-17 with Summer Lee and Chris Deluzio. (AP)

Democrats Fortify Their Blue Wall – And Electoral College Math – For 2024. “As Democrats secured key electoral and historic victories up and down the ballot in states such as Michigan, Wisconsin and Pennsylvania, they shored up their position in the Rust Belt ahead of 2024, rebuilding the so-called blue wall states that Donald Trump won in 2016.” (POLITICO)

Dems Fare Well, But U.S. House Races Underscore PA’s Regional and Political Divisions. “If the congressional outcomes affirmed nothing else, it is that Pennsylvania remains a state deeply divided, with Democrats dominating in the population centers and Republicans elsewhere.” (Philadelphia Inquirer)

Good Turnout In ‘Undoubtedly Historic’ Wins For PA Dems, Whose Margins May Still Grow. “Pennsylvania hasn’t elected two Democrats to the U.S. Senate since the 1940s, he said. Nor has one party held the governorship for three consecutive terms in almost as long. Both happened Tuesday, with a “major surprise” of multiple Democratic congressional victories in the state.” (LehighValleyLive)

Control Of The State House At Stake. “For the first time since 2010, Democrats in the Pennsylvania State House see an opportunity to become the majority party after the outcome of Tuesday’s general election. Democrats hold a 99-96 edge in the 203-person chamber with eight races yet to be called. Of those eight outstanding contests, Republicans lead in five of the races, while Democrats lead in three. The magic number to become the majority party is 102.” (PoliticsPA)

PA Dems Claim They Took Control of The State House; GOP Says Not So Fast. “Democrats are claiming they have won enough seats to take control of the state House for the first time in more than a decade, but there are some moving parts that could delay or derail their majority status.” (PennLive)

Five Takeaways From Midterm Election In PA. “While many people were sleeping overnight Tuesday, Pennsylvania’s political landscape changed in some significant — and historic — ways.” (Tribune-Review)

For Newly Naturalized Citizens, Voting In PA Turns Fear Into Political Power. “Participating in elections can feel confusing and intimidating, whether people fled a dictatorship or just speak a different language” (Billy Penn)