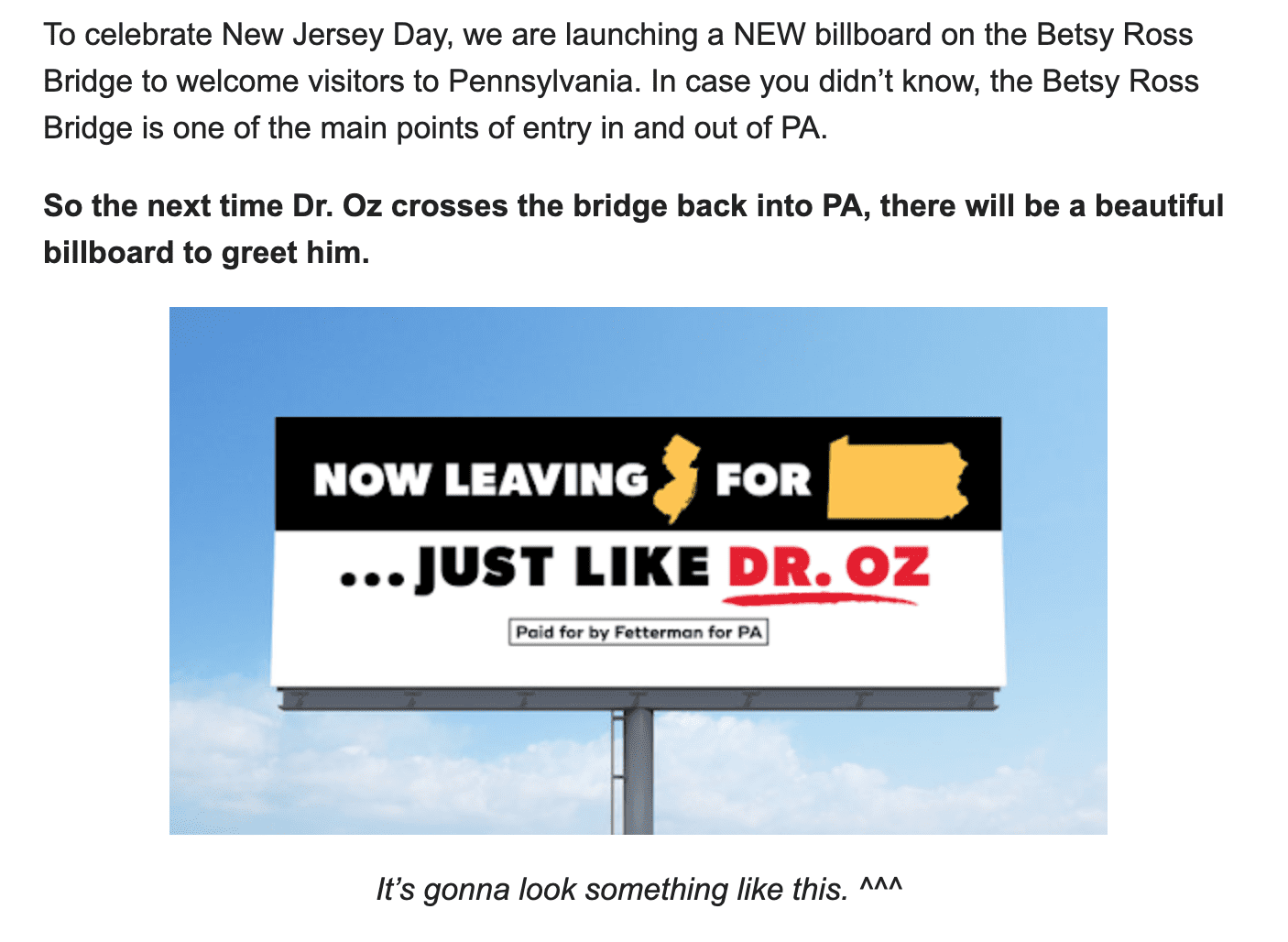 Hello Monday and the start of a new week. Welcome back PA House.

Visit us online at PoliticsPA.com

Are you getting this newsletter forwarded to you? Sign up for free and get your own subscription emailed to you every weekday morning.

1. Five Days After The Election, Mastriano Concedes To Shapiro

Republican candidate for governor Doug Mastriano conceded the election to Democrat Josh Shapiro in a social media post on Sunday.

“Difficult to accept as the results are, there is no right course but to concede, which I do, and I look to the challenges ahead. Josh Shapiro will be our next Governor, and I ask everyone to give him the opportunity to lead and pray that he leads well.”

He did take one last shot at election operations, saying “we can and must do better to make our elections more transparent, secure and more quickly decided.” (Philadelphia Inquirer)

Mastriano Concedes In Statement. “The tone of the concession statement brought a conventional end to a campaign that was marked by the unconventional from the start and was often marked by a steady diet of barbed taunts from Mastriano about everything from Shapiro’s height to his upbringing as the son of an accomplished physician.” (PennLive)

Shapiro Lays Out Plan To ‘Move Pennsylvania Forward.’ “Governor-elect Josh Shapiro spoke to a number of radio stations this morning in his first interviews since securing his victory on Tuesday.” (PoliticsPA)

Shapiro: ‘Now We Have To Come Together And Get Things Done.’ “Pennsylvania Governor-elect Josh Shapiro said he is “unbelievably humbled” to see the support he received from Republicans, Democrats, Independents, especially in places like Luzerne County and other areas where Democrats haven’t won.” (Times Leader)

2. It Was Never About The Debate

“For as excited as the political class was on October 25 to see Democrat John Fetterman and Republican Mehmet Oz meet on the debate stage, one wonders whether it was worth all the expended energy.

Headed into the 60-minute fray, Fetterman seemed to be in control of the race with a polling lead of anywhere between 2-8 points. After the debate that showed signs of Fetterman’s post-stroke recovery, Oz appeared to be right back in the thick of things, including polls that showed the celebrity doctor in the lead.

What did we miss?” (PoliticsPA)

Democrats See A Blueprint In Fetterman’s Victory In PA. “Did John Fetterman just show Democrats how to solve their white-working-class problem?” (NY Times)

How John Fetterman’s ‘Punk Rock’ Campaign Defeated Mehmet Oz. “Long before Mehmet Oz locked up the Republican nomination for U.S. Senate, his Democratic opponent, John Fetterman, had a plan to discredit him in the eyes of voters.” (HuffPost)

3. The Shifting Balance of Power In The PA House

“Pennsylvania citizen groups are celebrating what will likely be the first narrowly-divided state House of Representatives in more than a decade — and they’re giving newly-drawn state political maps part of the credit.

Analysts predicted that under new maps installed earlier this year, elections would be way more competitive than they had been in the last decade. Republicans dominated the lower chamber in that time – but Democrats now have a real chance of taking control.” (WESA)

Hogan, Moffa Race Remains Separated By Only Two Votes. “The race is so closely watched because Moffa win could be the seat that gives the Democratic caucus the majority in the Pennsylvania House of Representatives in years.” (Levittown Now)

Stephens Holds 14-Vote Lead Over Cerrato For 151st State House Seat. “The election to represent the 151st Legislative District, which includes portions of Lower Gwynedd and Upper Dublin townships, between incumbent Todd Stephens (R) and Melissa Cerrato (D) is still too close to call.” (Around Ambler)

What A Difference A Map Makes. Both Parties Say Redistricting Had Lots To Do With PA House Outcomes. “Sometime this week, Democrats may have control of the Pennsylvania House of Representatives for the first time since 2010.” (Pittsburgh Post-Gazette)

PA GOP’s Terrible Election Is Forcing A Reckoning In The State Party. “Republicans had a lousy night nationwide Tuesday. In Pennsylvania, it was an unmitigated disaster.” (Tribune News Service)

Once On The Bubble: How Democratic U.S. Rep. Susan Wild Won Reelection. “The conventional wisdom heading into Tuesday’s congressional election held that the addition of heavily Republican Carbon County to the 7th Congressional District made it lean more red than blue.” (Pennsylvania Capital-Star)

Across The U.S., A Return To Democratic Order. Will It Last? “There was no violence. Many candidates who denied the legitimacy of previous elections lost and quietly conceded. And few listened when former President Donald Trump tried to stoke baseless allegations of electoral fraud.” (AP)

81-Year-Old Woman Puts A Human Face On The Undated Ballot Problem. “On Tuesday, a court helped an 81-year-old homebound voter in Northampton County, Pruella Shook of Nazareth, ensure her undated ballot could be fixed and counted.” (Williamsport Sun-Gazette)

Elected Official’s Plea Deal Left Bad Taste For Many In The Case. “Three years of probation. That’s the sentence former North York Tax Collector Keith Ramsay received after admitting he fired a gun in the air to scare mourners who’d gathered in a nearby cemetery, covered it up by claiming the sound was firecrackers, and — in a separate case — sexted a fellow elected official.” (York Dispatch)