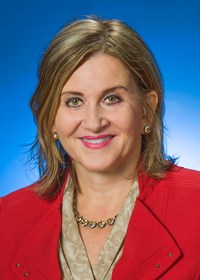 Good Wednesday Morning PA. Is that snow I see?

Kim Ward (R-Westmoreland) became the first woman to be appointed by fellow lawmakers to the third-highest constitutional office in the Commonwealth – President pro tempore of the state Senate.

The President pro tempore presides over the Senate in the absence of the Lieutenant Governor and appoints committee chairpersons, votes on all bills, and is the leader of the Senate. In issues involving both chambers of the General Assembly, the president pro tempore confers with the Speaker of the House. (PoliticsPA)

Ward Elected To Third-Highest Office In State. “Facing a dramatically different political landscape than Republicans had expected, with the possibility of Democrats in control of the state House, the incoming Senate president pro tempore, Kim Ward, struck a conciliatory tone on Tuesday shortly after her election as the first woman ever to lead the chamber.” (Pittsburgh Post-Gazette)

The Pennsylvania House Judiciary Committee voted to send two articles of impeachment against Philadelphia District Attorney Larry Krasner for “misbehavior in office” to the full House for consideration.

The articles accuse him of implementing policies that have contributed to a rise in violent crime in the city and of obstructing a legislative committee investigating his office.

Krasner has defended his office’s record and blasted the impeachment move by the House GOP as both a political stunt and an illegal effort to overturn the will of the voters of Philadelphia. (PoliticsPA)

“With almost all votes counted across Pennsylvania, control of the state House has come down to two districts in Bucks and Montgomery Counties.” (Philadelphia Inquirer)

What We Know In Remaining PA House Races. “A pair of House races – one in Bucks County and the other in Montgomery County – have not been decided and their outcomes will determine the balance of power in the chamber. Here is what we know” (PoliticsPA)

PA Senate Gets Infusion Of Lehigh Valley Young Blood. “Nick Miller and Jarrett Coleman were both freshly minted senators-elect when they stepped into the Capitol on Tuesday, one week after winning seats representing the Lehigh Valley, but the 27-year-old Miller also earned a historical footnote that put a smile on his face.” (Morning Call)

How Chris Deluzio Assembled A Coalition For A Surprising Win. “In a race that the non-partisan Cook Political Report called a “Democrat Toss Up,” University of Pittsburgh professor Chris Deluzio won Pennsylvania’s 17th Congressional District by an unexpected 6 percentage points on Election Day, outperforming President Joe Biden in the district in 2020” (Pennsylvania Capital-Star)

PA Republicans Loved Trump In 2016. But They Might Not Be As Excited For Another Run. “Donald Trump’s surprise upset in Pennsylvania in 2016 thrilled Republicans in the Keystone State. But they’ve been chasing that same high ever since, with only setbacks to show for it.” (Philadelphia Inquirer)

After A Stroke, Fetterman Becomes A Powerful Voice For The Disabled. “U.S. Senator-elect John Fetterman has become an unwitting voice for people with disabilities, many of whom point to him as a reminder that a person’s disability is not a measure of their capability.” (PennLive)

PA’s First Black Lieutenant Governor Plans To Work To Reduce Gun Violence And Boost Economic And Workforce Development. “Austin Davis, set to become the first Black lieutenant governor of Pennsylvania on Jan. 17, said he is “extremely humbled by the opportunity” made possible by Black leaders who came before him.” (LNP | Lancaster Online)

Luzerne County Ran Out Of Paper On Election Day. Now The District Attorney Is Investigating. “An Election Day paper shortage in one Pennsylvania county that led poll workers to turn away some voters is now under investigation.” (VoteBeat)

Bridges, Broadband and Brownfields: Infrastructure Law Has Been ‘Game Changer’ For Wolf. “A year after President Biden signed a bill sending $1 trillion to states and municipalities to fix the nation’s ailing infrastructure, Gov. Tom Wolf says the law will be a “game changer for Pennsylvania,” as money continues to flow toward projects in Pennsylvania.” (PennLive)

Pro-Life Leader Offers Encouragement For Movement After Abortion-Related State Referendum Defeats. “According to Priests for Life National Director Frank Pavone, it was not “too surprising” that the pro-life movement did not do well with the statewide ballot referendums.” (Pennsylvania Daily Star)