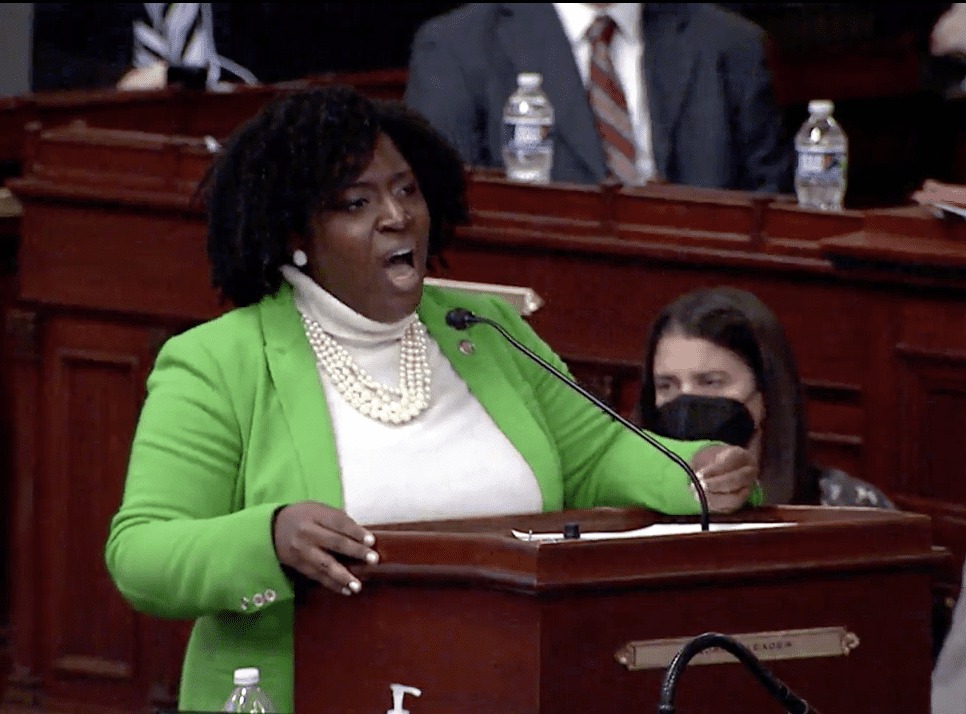 For the first time since 2010, the Democrats will be the majority party in the Pennsylvania House.

Rep. Todd Stephens conceded on Thursday afternoon to Missy Cerrato in the 151st District to give the Dems an unsurmountable 102nd seat in the chamber.

It is likely that Joanna McClinton (D-Philadelphia) will ascend to Speaker of the House, replacing Bryan Cutler (R-Lancaster) in the position. (PoliticsPA)

Democrats Won A Majority Of Seats In PA House For First Time In 12 Years. “Pennsylvania Democrats won a razor-thin majority of seats in the state House of Representatives for the first time in 12 years, an unexpected victory for the party that will have a major impact on how legislation moves through Harrisburg for the next two years.” (Philadelphia Inquirer)

Democrats Get Nominal Control Of PA House With Win In Montgomery County Seat. “State Rep. Todd Stephens, R-Montgomery County, has conceded in his race for a seventh term representing the 151st District, giving Democrats at least a nominal majority in the Pennsylvania House of Representatives for the first time since 2010.” (PennLive)

GOP’s Hogan Captures 142nd Seat In Bucks County; Stephens Concedes To Dem In Montco. “With 47 provisional votes pending, it appears that Republican Joe Hogan has captured the 142nd District seat in Bucks County, while in Montgomery County the incumbent Republican House representative conceded defeat though provisional ballots there are not scheduled to be reviewed until Friday.” (Bucks County Courier Times)

“The Democrats have won control of the Pennsylvania House, but the party will need to rely on Republican support in the early months of 2023 to secure the top spot in the chamber.

The party won 102 seats during the Nov. 8 midterm election, giving them control of the 203-member chamber for the first time in more than a decade.

But when the new session begins on Jan. 3, at least one Democratic seat will be vacant.” (Spotlight PA)

Two Women Poised To Lead PA Legislature, A First In State’s History. “In the long history of the Pennsylvania Legislature, a woman has never been the top leader in either the state House or Senate. That glass ceiling has now been shattered, as Joanna McClinton and Kim Ward are slated to assume the roles of House speaker and Senate president pro tempore, respectively.” (KYW)

Erie’s Democratic Delegation Says Apparent State House Majority Gives Party ‘Seat At The Table.’ “Now, if we get the majority, we’re going to have the chance to run bills that are meaningful to people. That’s an exciting thing for me personally. Right now, we don’t even have a seat at the table” (Erie Times-News)

3. Who Is Running For Mayor in Philly?

“With control of the Pennsylvania State House now resolved, attention in the Commonwealth’s largest city turns to its 2023 mayoral race.

Republicans Learned Nothing From The Midterms. The Impeachment Of Philly’s Prosecutor Proves It. “As the Republican Party takes on its unexpectedly slim majority in the House of Representatives for next year, one question lingers: Did they learn a damn thing from the midterm elections?” (Salon)

Pennsylvania’s New Members On The Hill. “Welcoming the newest members of the Senate and House to Washington.” (The Hill)

Allegheny County’s Political Leadership Grows Younger, More Diverse. “There’s been a lot of talk about what the election last week means for the likes of Joe Biden and Donald Trump, and how it will change the balance of power among the factions in Harrisburg and Washington, D.C. But closer to home in Allegheny County, 2022 was the biggest expression yet of an ongoing generational change in local politics — with more likely to come next year.” (WESA)

Allentown Abortion Ordinances In Limbo As City Council Members Worry About Legal Challenges. “Allentown city council members may never vote on a series of ordinances designed to protect the right to abortion because they fear the city cannot afford to defend them in court.” (Morning Call)