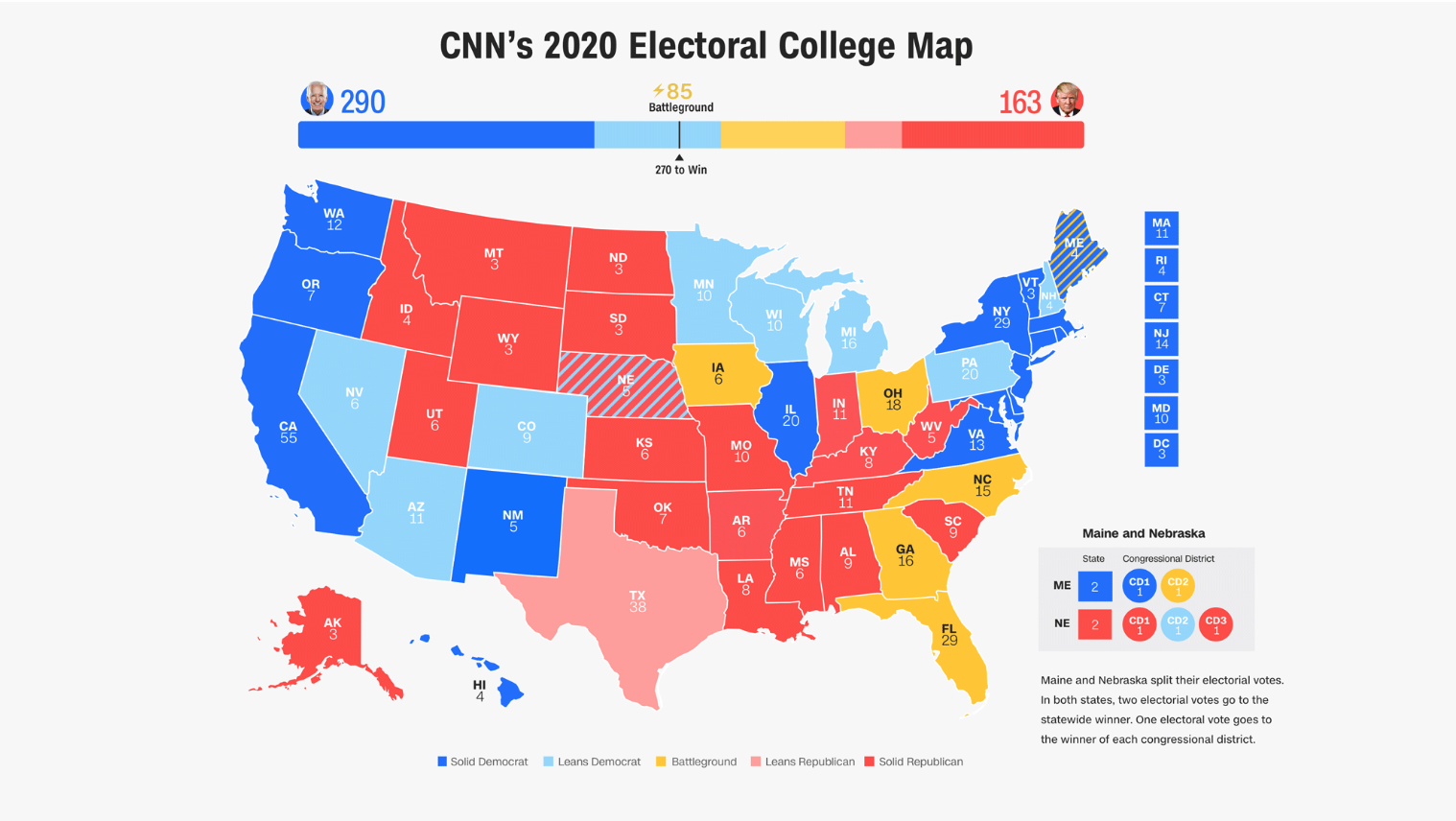 Analysts at NPR believe the presidential race is moving in the Democrats favor in several states, including Pennsylvania.

According to NPR’s latest Electoral Map ratings published on August 3, Pennsylvania shifts from a Toss-Up into the Lean Democratic category. NPR’s Domenico Montanaro cites former Vice President Joe Biden adding on to his lead over President Donald Trump in the Keystone State in recent months, plus the former VP’s ties to the state.

“Being at 50% in so many places is significant,” Montanaro continues. “This also had been a traditionally Democratic state, Biden’s campaign is headquartered there, and he’s been campaigning there in person.”

“Again, this is one that could move back to toss-up, but for now, it’s leaning toward the Democratic candidate,” Montanaro wrote in conclusion.

The latest ratings update included a total of six states shifting in the Democrats favor.

Montanaro points to several factors, including Trump’s grades on the coronavirus pandemic, losing support in the suburbs and more as the reason for the overall national shift.

“A record and widening majority of Americans disapprove of the job he’s doing when it comes to handling the coronavirus pandemic; he gets poor scores on race relations; he’s seen a suburban erosion despite efforts to win over suburban voters with fear; and all that has led to a worsened outlook for Trump against Democrat Joe Biden in the presidential election,” Montanaro writes.

If the presidential election were held today, Biden would have the amount of electoral votes needed to defeat Trump according to these ratings.

NPR isn’t the lone national outlet to change the rating into the Democrats favor this week alone; CNN changed the rating on Monday from Battleground to Leans Democratic. The Cook Political Report, Larry Sabato’s Crystal Ball, and Politico, also have moved the race to Leans Democrat since June.