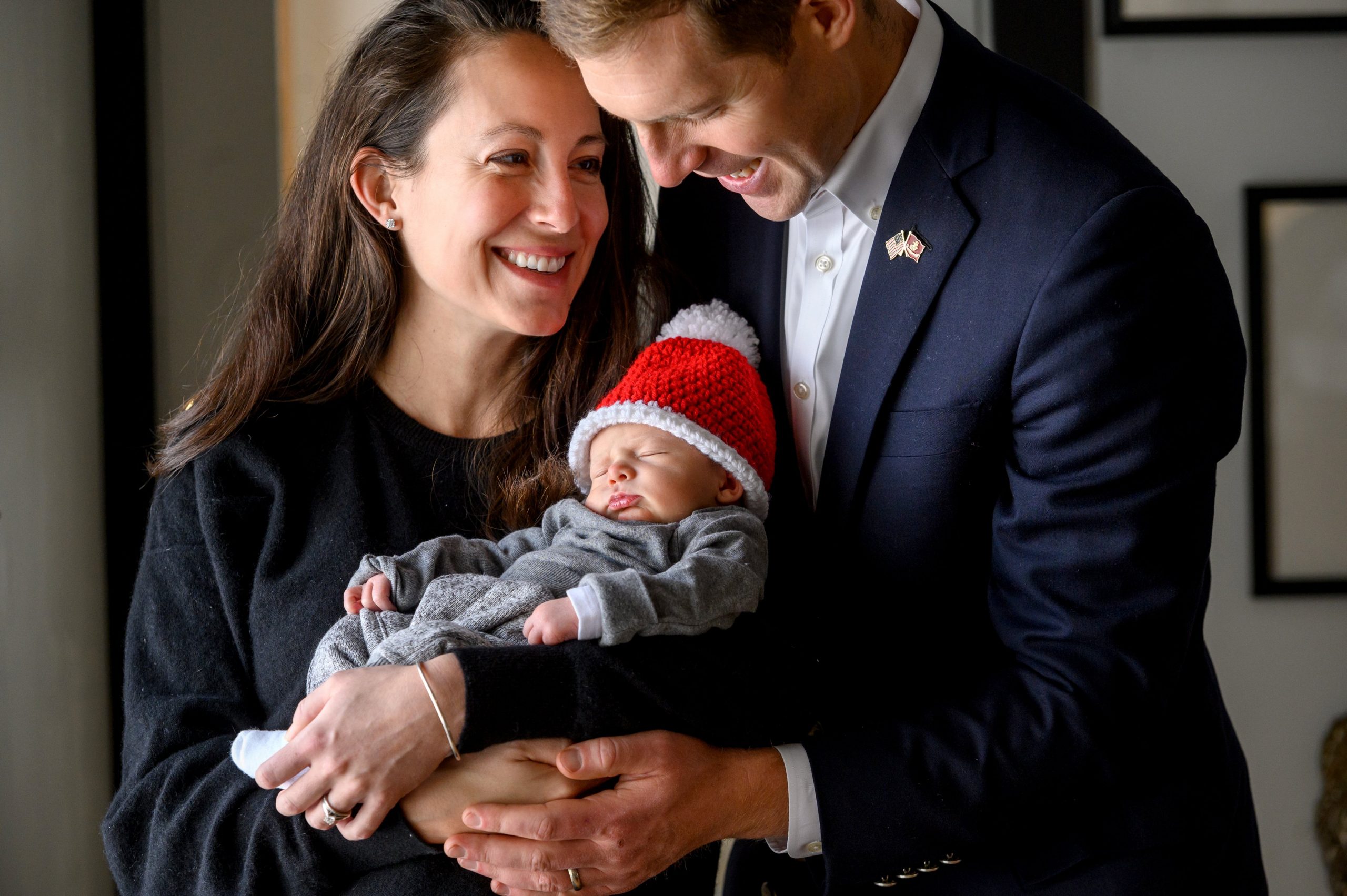 It’s the holiday season, but the National Republican Congressional Committee isn’t exactly in a charitable mood.

The NRCC sent out an email Monday morning criticizing Rep. Conor Lamb (D-Allegheny) for voting by proxy on Sunday.

“Despite collecting a $174,000 taxpayer-funded salary, Conor Lamb couldn’t be bothered to show up to work yesterday, voting by proxy and giving his district’s vote to New Jersey lawmaker Mikie Sherrill,” said Michael McAdams, NRCC Spokesman, in the email. “Every Pennsylvania voter should know that Lamb stayed home on the couch instead of fulfilling the job they elected him to do.”

Lamb wasn’t home on the couch. On Sunday, Lamb announced to the world that he and his wife, Hayley Haldeman Lamb, an attorney and nonprofit executive, had a son, Matthew Ignatius Lamb. Matthew Ignatius is their first child.

PoliticsPA asked the NRCC if its criticism stood, given Lamb’s family circumstances. They doubled down.

“Conor Lamb needs to explain to all the hardworking folks trying to make ends meet why he’s too good to show up for his $174,000 taxpayer-funded job,” McAdams said in response.

Lamb’s campaign blasted the NRCC for its attack.

“The NRCC is literally attacking Conor Lamb and his wife for having a son during a pandemic. Conor is following public health guidelines and voting by proxy, just like Matt Gaetz and other Republicans,” said Campaign Manager Abby Nassif-Murphy.

“These children at the NRCC are a constant embarrassment to the so-called adults who pay them,” Nassif-Murphy continued. “They make Russian troll farms and QAnon message boards look like reasonable actors in American politics. They do nothing but lie, spread conspiracy theories, and — in our district — lose elections.”

In conclusion the Lamb campaign also pointed to winning reelection for the third time in a row and told the NRCC to “get used to it.”

Lamb also took to social media on Monday afternoon to slam the NRCC for it’s comments.

Lamb has consistently voted by proxy since the Thanksgiving recess – 22 times in all. He has not missed a vote. House Dems authorized proxy voting in May for the first time in U.S. history in light of the COVID-19 pandemic.