NRCC Cancels Ad Spending in Pittsburgh for the Next Month 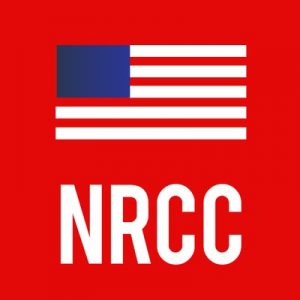 The National Republican Congressional Committee is canceling spending in Pittsburgh that had been set for September 12 to October 8 according to Medium Buying.

NRCC IE is canceling spending in Pittsburgh DMA that had been placed for 9/12-10/8.

The Rothfus campaign believes its most recent television ads are positively impacting voters and this decision from the NRCC will not hurt them.

“Keith Rothfus is in great position to win this race,” said Mike Barley, campaign spokesman. “Our campaign’s latest television ads are having a tremendous impact and we are seeing real energy for Keith’s campaign on the ground.”

This announcement becomes known four days after Politico’s story titled “‘Tough decisions have to be made’: House Republicans prepare for pain”, which referenced Rothfus by name as one of the Republican lawmakers that may be “cut loose” by the NRCC.

The NRCC did not explain what led to this decision, but provided the following comment.

“Congressman Rothfus is running on a strong record of accomplishment against a rubber stamp who’s voted with Nancy Pelosi nearly 90 percent of the time,” said NRCC spokesman Chris Martin.

The Rothfus campaign boasted about the amount of money raised recently and stated the NRCC will still be helping next month.

“The NRCC is not canceling the buy, but is pushing it back,” said Barley. “Keith has raised more than enough resources this month and is building support to win this campaign.”

According to Medium Buying, the NRCC still has money in the market in place from October 8 through Election Day, although that could be canceled at a later date as well.

Rothfus does not mention Lamb by name once in his two television ads for the general election, but took a shot at him today pinning him to the progressive wing of the party.

“The real question for voters is where is Conor Lamb,” Barley said. “According to voting records, he is in Washington, D.C. voting the extreme liberal agenda with wannabe Speaker of the House Nancy Pelosi.”

The Lamb campaign declined to comment on the news of the NRCC pulling the advertising in Pittsburgh for the next month.